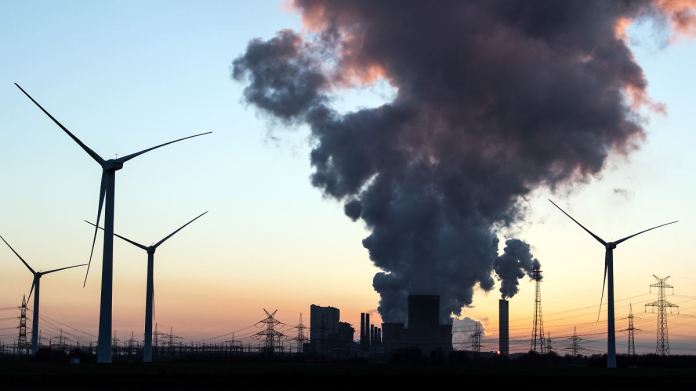 Germany is getting out of coal and nuclear power and has to import power from neighboring countries more often. Mostly from France, which continues to rely on nuclear power. The increasing share of renewables in the energy mix could increase Germany’s dependence on electricity imports.
Germany imported significantly more electricity in 2020 than in previous years. Up until shortly before the turn of the year ( December 20), almost 33,000 gigawatt hours flowed into the German electricity grid in commercial electricity trading, according to figures from the Federal Network Agency available to the German Press Agency. That is around 36 percent more than in 2019. Because less electricity was sold abroad than in the previous year, the German electricity export surplus fell sharply. At around 17,400 gigawatt hours, it was only half as high as in 2019 (35,100).

For comparison: According to preliminary figures, gross electricity generation in Germany in 2020 was 564,000 gigawatt hours. According to the Federal Statistical Office, one reason for the growing imports of electricity is the decreasing share of coal and nuclear power plants in electricity generation in Germany. In particular when there was no wind or when it was dark, electricity was imported to cover the demand, the statisticians determined with a view to the first half of the year. The main importing country for electricity in 2020 was again France, and Austria was the largest consumer.

According to the Federal Environment Agency, production and consumption in Germany were roughly in balance until 2003. Since then, more electricity has been produced than consumed, and there is a surplus in electricity exchange with neighboring countries. The peak was reached in 2017 with over 55,000 gigawatt hours. Since then, the surplus has fallen – to around 17,400 gigawatt hours in 2020.

The operators of the large transmission grids assume that Germany will be more dependent on electricity imports in the future in order to be able to maintain the electricity supply in extreme situations. The reason: With the switch to wind and solar power, the reliable performance in the power system, independent of weather conditions, is dwindling. In their theoretical analysis, however, the network operators do not make any statement as to how likely such a deficiency situation is.

Draghi: “We are united by our love for Italy” – politics

After storming the Capitol: Biden confirmed as US President, Trump …

Covid-19: Is a regular vaccination necessary?

“Who Wants to be a Millionaire?”: Stock trader gambled twice! ...

Corona: leaving Tyrol initially only with a test