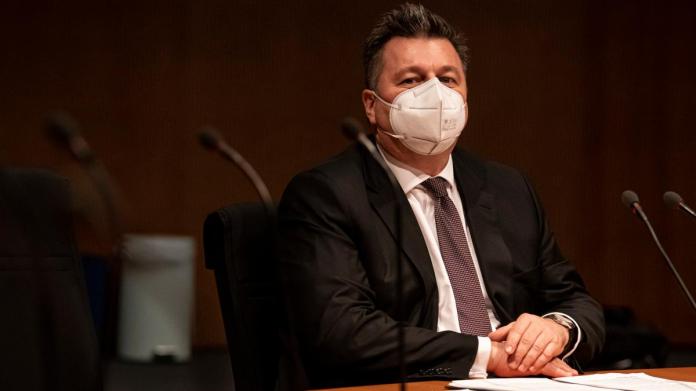 Germany Berlin’s Senator for the Interior

Geisel admits errors in the investigation of the Breitscheidplatz attack

Four years ago, an IS supporter carried out the worst Islamist terrorist attack on German soil on Breitscheidplatz in Berlin. A committee of inquiry is supposed to uncover errors by the authorities. The Berlin Senator for the Interior, Andreas Geisel, now spoke of failures at a hearing.

BErlin’s Senator for the Interior, Andreas Geisel (SPD), admitted deficits in the investigation of the crime scene as a witness in the Bundestag investigation committee into the terrorist attack on Breitscheidplatz. The search for the assassin Anis Amri started relatively late after the attack because the truck’s cab was not thoroughly searched until the afternoon of the following day. There was an ID of the Tunisian who had used several false names with German authorities. “In retrospect, it would have been better” to search faster, said Geisel on Thursday evening in the Bundestag.

Amri, a rejected asylum seeker, shot a truck driver in Berlin four years ago – on December 19, 2016. Then he raced with the truck across the Christmas market at the Memorial Church. Eleven other people died and more than 70 were injured. The assassin was able to flee to Italy, where he was shot at a police checkpoint.

The police had already noticed Amri as an Islamist threat. An investigative committee of the Bundestag is currently to determine why the attack was not prevented and whether there were errors in the investigation. Geisel was questioned as a witness by the committee.

The SPD politician said in the investigative committee that as a consequence of the attack, the Berlin authorities are trying harder today than four years ago to deport so-called Islamist threats. In 2016, 27 cases were discussed in a corresponding working group, and 98 cases in 2019. The police refer to extremists as “threats” if they trust a serious politically motivated crime, such as a terrorist attack.

Since the terrorist attack on Breitscheidplatz, the police in the capital have become much more professional, said Geisel. At the time of the attack, the State Security Department had a lack of resources and expertise. The attack showed that the Berlin police forces “need to know more about Islamism,” emphasized the Interior Senator.

Berlin’s Senator for the Interior hostage

Andreas Geisel had become a Senator for the Interior eleven days before the attack. His predecessor in office was Frank Henkel (CDU).

State Secretary from Mecklenburg-Western Pomerania in need of explanation

It is now known that a few weeks after the attack, an employee of the constitutional protection of Mecklenburg-Western Pomerania received a hint from an informant that Amri might be supported by a Berlin clan with Arab roots. The informant wanted to know at the time that the family gave Amri money and later supported him in his escape. The superior and the head of the Ministry’s Office for the Protection of the Constitution, Reinhard Müller, decided at the time not to forward the explosive information to the investigators.

From the point of view of the Attorney General, this was not correct, even if, to the knowledge of the committee, no further evidence of complicity of the Islamist-oriented clan members was found later.

In autumn 2019, the former undercover agent from Schwerin finally contacted the State Secretary of Mecklenburg-Western Pomerania, Thomas Lenz (CDU), and several federal authorities with the information. Lenz and Müller had previously justified the non-disclosure of the information with the fact that there had been considerable doubts about the credibility of the source. Earlier information from the informant was not confirmed.

Lenz now testified in the Bundestag that he had told the then Interior Minister Lorenz Caffier (CDU) in October 2019 that he had “assessed it as a loss of confidence” that the head of the Ministry’s constitutional protection department had not informed him about the matter straight away. He left the decision about a possible dismissal of Müller, who otherwise always did a good job, to the then Interior Minister Lorenz Caffier (CDU).

Late in the evening, the MPs wanted to question the former Federal Minister of the Interior Thomas de Maizière (CDU).

Angry departure from Emre Can: Lucien Favre explains the substitution 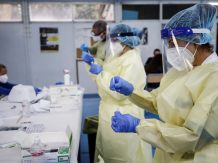 Just four weeks after his death! Out for Berliner Salon...