Short-time work, insolvency rules, VAT: the state tried with all its might in 2020 to save the economy from the corona crisis. What did that bring – and what’s next?

It has become quiet in Germany’s inner cities, and much earlier than usual. Already a week before Christmas, the hustle and bustle in the shopping streets dissolved in the Corona year 2020. The second hard lockdown forced the shops to close.

What is a bitter blow for the retail sector is likely to have a significantly smaller impact on the entire economy than the first hard lockdown in spring, which also brought industry to a standstill. And for the coming year, most economists do not expect the Corona crisis to plunge Germany into recession any longer.

All of this is due not least to the fact that politicians have tried every means possible to support the economy in the current year. The decision-makers from the federal and state governments lowered, among other things, VAT and made exceptions to insolvency law.

But what did all of this bring? And what’s next in the coming year? t-online answers the five most important questions about the economy in the Corona winter.

What did the sales tax cut bring?

That is one of the most contentious questions among economists this year. While some praise the measure because the time limit from July to December creates sensible purchase incentives and thus stimulates the economy, others criticize it as too expensive and not very targeted.

The only thing that is clear so far is that there are currently no reliable figures for consumption. It is true that the supermarkets have passed the reduction in VAT almost entirely on to consumers. However, it remains to be seen whether this is why consumers actually made the car full of their weekly shopping.

Many other retailers – such as the furniture trade – have also passed on the VAT cut. In the opinion of many economists, this could have led to the so-called pull-forward effect. That means: some Germans are likely to have done something bigger in 2020 because they save part of the VAT.

How many there were, how big this effect is, is difficult to say. And even if some consumers would have preferred purchases, according to Kai Hudetz, head of the Institute for Retail Research (IFH), this must not only be positive for retailers. “If I bought a new sofa for Christmas, I won’t be replacing it with a new one in three months,” he said recently in an interview with t-online.

Majority perceives a reduction in VAT

According to the Bundesbank, many service providers – around two thirds – are likely to have withheld most of the VAT cut. The reason: Hotels, restaurants, tour operators and hairdressers have been hit particularly hard by the Corona crisis and several lockdowns. They made up for lost sales due to the lower tax rate.

However, that’s not a problem, says Martin Beznoska, economist at the employer-related Institute of the German Economy (IW). “Consumers perceive that many things have become cheaper,” he told t-online.

To this end, he refers to a representative survey by the IW. Accordingly, 54 percent of the approximately 1,200 respondents said they had noticed the lower VAT. “This alone gave the tax cut a positive impetus,” said Beznoska, referring to the “psychological effect in the crisis”.

Will everything get more expensive again in January?

Not everything, but a lot. At least in theory. In practice, it will only become clear in January whether, for example, the supermarkets will raise prices for the end consumer – or whether they will maintain the lowered, crooked prices through discounts at their own expense.

The same applies to online trading. But there it is likely that prices will rise again quickly with the return to the VAT rate of 19 percent. Because: The mail order business is benefiting from the Corona crisis anyway, so it has to set fewer buying incentives for consumers.

And even with those service providers who had passed on the VAT cut, it is becoming apparent that many providers will raise their prices again. For example, the streaming platforms Spotify and Netflix recently advised their customers that the old prices from spring will apply again from January.

Is the bankruptcy wave coming now?

Yes it is likely. The only question is whether there will be a real wave – and when exactly the number of bankruptcies will increase.

The fact is: Because the federal government has greatly relaxed the obligation to apply for bankruptcy due to the Corona crisis, there have been significantly fewer corporate bankruptcies in the current year than usual. From January to September 2020, the German local courts reported only 12,491 corporate bankruptcies. According to the Federal Statistical Office, that was 13.1 percent less than in the same period last year – despite the pandemic and lockdown.

Reason for that is, that in the event of insolvency, companies would not have to file for bankruptcy between March and the end of September. In the event of bankruptcy due to overindebtedness, this exception applies until December 31st.

Since the state aid reaches the companies only slowly, the federal government has also decided that all those companies that are still waiting for their money do not have to go into bankruptcy in January. At the latest after that, however, from February onwards, there should be a series of bankruptcies.

“Many companies have worked illegally”

In addition, some experts fear that there is a kind of dark field among the bankruptcy companies. “Many companies have actually been bankrupt for months, they have worked illegally,” warned the insolvency administrator Michael Pluta recently in “Manager Magazin”, whose law firm has worked for companies such as Märklin or Strenesse.

His concern: “Many companies wrongly believe that the application requirement will generally remain suspended until the end of the year.” The suspended filing obligation only affects around two percent of companies – namely those that are over-indebted.

That is to be assumed. In retail alone, the trade association HDE recently warned, around 250,000 jobs are threatened by the second hard lockdown.

Most economists, on the other hand, are not quite as pessimistic. Ifo economic chief Timo Wollmershäuser expects that the increase in company bankruptcies “will also lead to an increase in unemployment”. The effects on the unemployment and short-time work statistics are unlikely to be as great as in the spring, and a wave of layoffs is unlikely.

An important reason for this is that the start of the corona vaccinations is increasing the hope that the corona crisis will be overcome in the coming year – and that there will be enough work again for all employees. Conversely, this does not mean that companies will hire massive numbers of workers.

The consequence for the labor market: The number of unemployed, which has risen by around 430,000, is only slowly being reduced. The Ifo Institute anticipates that around 2.5 million people in Germany will be unemployed in 2022 – around 250,000 more than before the Corona crisis.

Is my retirement plan at risk?

No – but there can still be losses. Because: The Corona crisis has an impact on statutory, private and company pension schemes. An overview:

Private pension: Even before Corona, interest rates were in the basement. One reason for this is the ultra-loose monetary policy of the European Central Bank (ECB), which is also affecting private pension insurers and pushing the guaranteed interest rate for new contracts ever lower. The corona crisis intensifies this trend. Economists expect interest rates to remain low for a very long time. For consumers this means that signing a new contract is hardly worthwhile. Anyone who wants to make provisions for later now, during and after the Corona crisis, should therefore look around for alternative options – and invest in stocks for the long term, for example.

Archeology – For the first time in decades, fragments of the... 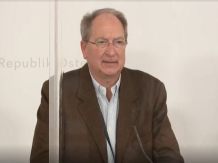 New corona test starts in Hamburg: gargling instead of chopsticks |...