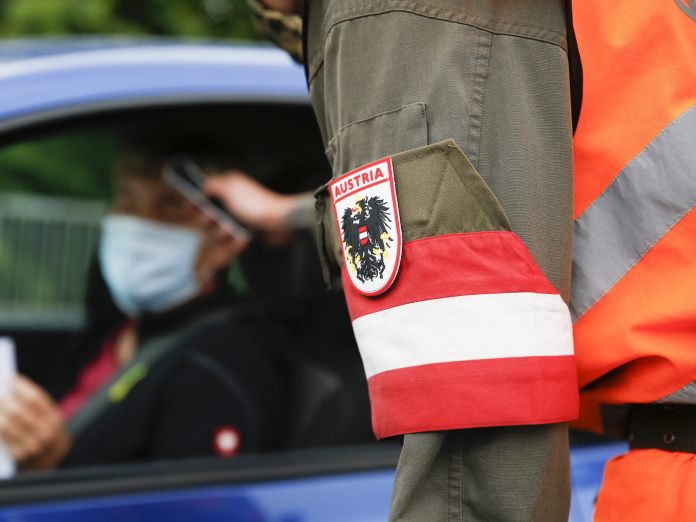 
The border controls will be strengthened until January 10th.
© APA / ERWIN SCHERIAU

Since today the armed forces have been strengthening their forces at the state borders in Lower Austria, Carinthia and Tyrol due to the Covid-19 entry regulation, and troops are being redeployed in the other federal states.

Because of the corona entry regulation, the armed forces have been strengthening their forces at the state border in Lower Austria, Carinthia and Tyrol from Saturday until January 10th. Troops are being redeployed in the rest of the federal states, a Defense Ministry spokesman said in a broadcast on Saturday morning. The armed forces have increased controls at the border crossings to the Czech Republic, Slovakia, Hungary, Slovenia and Italy and together with the police.

On Saturday morning, a traffic jam in the direction of Austria formed on the German A3 motorway near Passau. The reason is the many return travelers, said a police spokesman, according to the dpa news agency. The Donautal-West rest area has been heavily frequented since the morning hours. One reason for this is the purchase of vignettes. According to the officials in Lower Bavaria, health checks are to be carried out by the Austrian police at the Suben border crossing. This could worsen the situation on the A3 during the day.

Quarantine obligation for travelers from December 19th – with exceptions

According to the entry regulations, everyone who enters after December 19 must be in quarantine for ten days. You can test yourself after five days at the earliest and at your own expense. There are exceptions for people who commute regularly. They can travel freely. Also excluded are people who enter the enclaves Mittelberg (Kleinwalsertal), Vomp-Hinterriss or Jungholz.

Those who come at least once a month for family purposes or to visit their partner can come without a test. It is also possible to enter the country for unforeseeable reasons that cannot be postponed within the family, such as serious illnesses, deaths, funerals, births and the care of people in need of support in emergencies. In all other cases, i.e. if there are no regular visits or if someone only wants to travel with the family for a Christmas or New Year’s Eve party, the 10-day quarantine applies.

There are also exceptions for people who come from those few countries whose corona exposure is still low and who do not have to show a negative test. However, this does not currently apply to Austria’s neighboring countries. Caregivers, i.e. the 24-hour nurses, people entering the country for humanitarian reasons, diplomats and medical escorts can also come into the country without having to fear quarantine. However, a medical certificate must be presented upon entry that confirms a negative PCR or antigen test and that the test was not more than 72 hours ago.

According to the Ministry of Defense, 350 soldiers have been deployed to date for border controls. Since Saturday their number has increased to over 500. “If more soldiers are needed to implement the agency’s mandate, the federal states will receive this personnel reinforcement. The armed forces are always there when the protection of the population requires it,” said Defense Minister Klaudia Tanner (ÖVP).

Is Germany closing the borders?

Corona: The new resolutions of the MPK at a glance

Norwegians are even paid for the Corona boycott of the World...