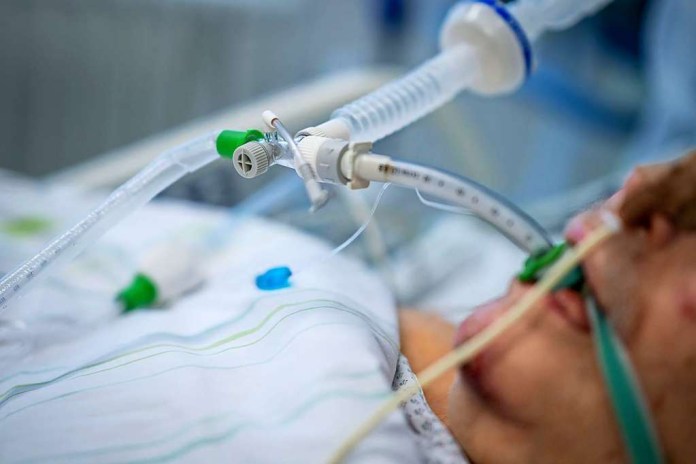 Spahn described it as a very good signal that, as things stand today, the first vaccine should be approved in the EU before Christmas Eve. After that you could start vaccinating within two to four days, he said on Tuesday evening in the ARD “Tagesthemen”. In Germany, the vaccination centers and vaccination structures are now ready for use. In a first step, after approval, “around 400,000 doses could be delivered”. Two doses are required per person. According to Spahn, vaccinated people should be able to report effects and side effects via app.The European Medicines Agency (EMA) announced on Tuesday that it intends to present its opinion on the vaccine from the Mainz company Biontech and its US partner Pfizer on December 21 – that is, eight days earlier than before. The EU Commission then has to give its formal approval. This is a formality and could also be done within a day. This would pave the way for mass vaccinations to begin in all EU member states.

First, Germany will get the vaccine as agreed under the European treaties, said Spahn. These are eleven to 13 million vaccine doses by the end of the first quarter. The deliveries that have been agreed bilaterally with the manufacturers will be added later. This is an additional 20 million doses from Biontech alone. Spahn assumes that around 60 percent of citizens in Germany could be vaccinated by the end of next summer. According to experts, a rate of 60 to 70 percent is necessary for effective control of the pandemic.

The federal government does not expect the situation to ease quickly. Chancellor Angela Merkel (CDU) warned on Tuesday in a meeting of the Union parliamentary group that January and February would be really tough pandemic months again. “We mustn’t have any illusions about that,” she was quoted by participants as saying. The President of the Robert Koch Institute (RKI), Lothar Wieler, considers the situation to be more serious than ever in this pandemic.Health authorities report 952 corona deaths in 24 hours

On Wednesday, the number of deaths recorded in connection with the coronavirus skyrocketed and reached a new high: within one day, the German health authorities transmitted 952 new deaths to the Robert Koch Institute (RKI), according to the RKI figures from Wednesday morning . In addition, 27,728 new infections have been recorded.However, the data from Tuesday did not contain any figures from Saxony, which is why the new figures could also contain late registrations, as it was said. Last Wednesday (December 9th) 20,815 new infections and 590 deaths were reported. The previous highs of 29,875 reported cases and 598 deaths were reached on Friday.

We need your consent for dpa-infocom GmbH!

We use the third party provider dpa-infocom GmbH. This can collect personal data about your activities. Please note the details and give your consent.

The trend in the number of daily deaths had recently increased, which was also expected after the steep increase in new infections. On Tuesday, the number of newly reported deaths was 500 and thus, even without the missing Saxon data, the third highest value since the beginning of the pandemic. The total number of people who died with or with a proven infection with Sars-CoV-2 rose to 23,427 as of Wednesday.

The 7-day incidence, which is decisive for assessing the situation – the new infections reported per 100,000 inhabitants within seven days – also reached a new high of 179.8. On Tuesday this value was 173.7. The missing data from Saxony only slightly influenced the value, according to the RKI.With the tough restrictions now in place, the federal and state governments want to break the strong wave of new infections. The aim is to bring the number of new infections per 100,000 inhabitants to a maximum of 50 within a week in order to make contact tracking possible again. This is also to prevent the clinics from being overloaded, especially the intensive care units.

“It is now only possible with a joint effort. And I hope that we will all show solidarity and understanding with one another in order to overcome the crisis.” Federal Minister for Family Affairs Franziska Giffey

Private meetings remain in your own household and in one other household, in any case limited to a maximum of five people – children up to 14 years of age excluded. There will only be easing at Christmas from December 24th to 26th. The conditions are initially valid until January 10th. On January 5th, the federal and state governments want to discuss the next route.The chairman of the World Medical Association, Frank Ulrich Montgomery, reckons that restrictions will be necessary for months to come. “Even if the vaccinations start earlier than expected, the effect will only gradually improve the situation. We will have to live with various lockdown measures at least until Easter,” he told the newspapers of the Funke media group.

Federal Family Minister Franziska Giffey (SPD) appealed to the public spirit. “It is now only possible in a joint effort,” she told the editorial network Germany (RND). “And I hope that we will all show solidarity and understanding with one another in order to overcome the crisis.”

China celebrates the return of its “Chang’e 5” probe

Patrick and his Julia on “Bauer sucht Frau” – First kiss... With respect for Prince Philip: The scandal interview would have been...

News from the weekend: Passenger plane with 62 people on board...

Why Masepin is reluctant to do this