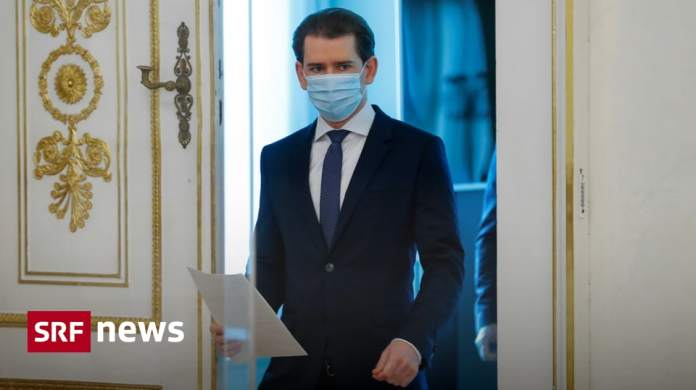 Sebastian Kurz’s government has decided on a third lockdown for the country. The Chancellor has just announced this at a media conference. It should apply from December 26th to January 24th.

The canton of Aargau is tightening federal measures

Meetings in public spaces are limited to a maximum of 5 people. Secondary and vocational schools do not start operations after the Christmas break; one week of distance learning is prescribed.

Gastrosuisse Director: Help comes too late for many companies

The hospitality industry, which has been particularly affected by the new Corona measures, is reacting disappointed, especially with regard to the aid measures. Gastrosuisse director Daniel Borner stated that it is not the money that is spoken that is decisive at the moment, but rather the money that flows. In this regard, the situation has hardly changed since last week. More than half of the cantons still have no solutions as to how they want to pay out hardship benefits. Even official bodies confirmed that it could be February or March. “Then it will be too late for many of our member companies,” says Borner.

Borner recalls that there were already major losses in income in the run-up to Christmas with the many occasions and Christmas parties. Even in the cantons that were not so badly affected, the industry has suffered from communication and the corresponding uncertainty among the population since November. This has already caused major damage. The solution with an opening until 7 p.m. was in itself useless. Of course, the extension of short-time working until the end of March and the compensation of lower incomes of up to 100 percent are to be welcomed, says Borner: “But who protects the independent small businesses, the employers of these employees?”

Schaffhausen decides to take distance learning after the Christmas break

The upper secondary school students in the canton of Schaffhausen will receive distance learning from January 4th to 8th. In addition to the Swiss-wide measures decided by the Federal Council, the Schaffhausen Government Council has for the first week after the Christmas holidays, i.e. from January 4, 2021 to January 8, 2021, for upper secondary level (vocational schools, cantonal schools, higher technical schools and courses for vocational and higher education Subject examinations) distance learning arranged.

No more than 10 people are allowed to gather in public spaces.

First reactions from the ski areas

After Luzern and Schwyz also has the canton on Friday Zug announced the closure of the ski areas on December 22nd. The reason for this is the high number of cases in the canton and the situation in the central Swiss hospitals, according to the message. An additional burden from accident skiers is unreasonable.

According to the announcement, the Central Switzerland Health Directors’ Conference has also spoken out in favor of not skiing for the time being. The Obwalden and Nidwalden governments will decide on Friday evening.

In the cantons Bern, Graubünden, Vaud and Wallis The ski resorts will remain open for the time being, as the governments report. Valais and Vaud also want to make use of the Federal Council’s exemption for cantons with an R value below 1. Restaurants will remain open in Valais, while in Vaud, in addition to restaurants, sports halls, museums and libraries will initially be available.

Cyberpunk 2077: Boycott due to transphobia – is CD Projekt RED...

Cyberpunk 2077: Update to improve police AI – players are not...

Mette-Marit of Norway: “I am very ashamed that I am sick”

In the test: 25 password managers for PC and smartphone