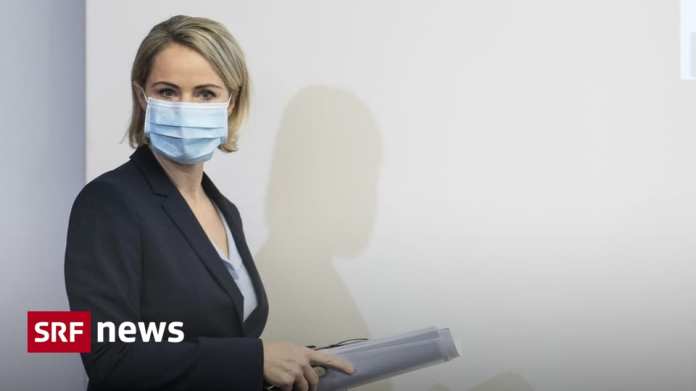 The most populous canton in Switzerland presented its vaccination strategy at 11.00 a.m. Follow the media conference of the Zurich Health Directorate live in the stream and in the ticker.

The Federal Council is holding a meeting on Monday today on the mutated corona virus that has emerged in Great Britain. Federal Council spokesman André Simonazzi announced this to the media in Bern.

In the course of the morning, the Federal Council wanted to inform about decisions, said Simonazzi. There have been no flights between Switzerland and Great Britain since Monday at midnight because of the mutated virus.

The mutated virus could be significantly more contagious than the known form. The Federal Office of Civil Aviation wrote on Sunday evening that the flight ban should prevent the new virus variant from spreading further.

Germany’s and Europe’s largest university clinic, the Berlin Charité, is going back to operation on an emergency program for two weeks from today, Monday.

In this way, staff is to be pulled together in order to build up further Covid-19 intensive capacities. Planned interventions will not be carried out over Christmas and the turn of the year, as the clinic announced last week. However, emergencies continue to be treated and tumor operations are carried out. Operation in the rescue centers also continues.

The Charité currently expects a further increase in corona patients. According to the Robert Koch Institute (RKI), 16,643 other people in Germany tested positive for the corona virus on Sunday. This increases the total number to 1,510,652 positive tests.

Charité board member Ulrich Frei speaks of a «crisis like we have not yet experienced.» The hospital is the first address for the treatment of Covid-19 patients with serious illnesses, but it also cares for infected people in normal wards. Scene – Berlin – queue in front of Kitkat Club for...

Berlin & Brandenburg: The garden is home to hundreds of Santa...