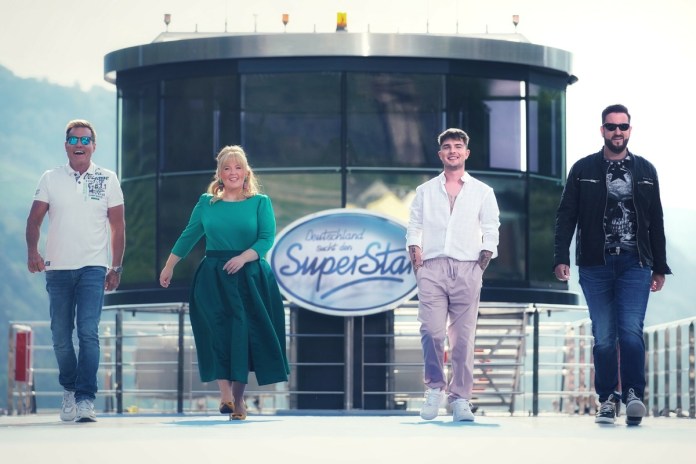 The 18th season of the RTL casting show “Deutschland sucht den Superstar” starts at the beginning of January with three new jury members, including Michael Wendler.

Cologne – The new season of the RTL casting show “DSDS“starts in January 2021 and is despite all the quarrels Michael Wendler (48) as a member of the jury.

It starts on January 5th. The fans can look forward to a total of 22 episodes, which will be broadcast on Tuesdays and Saturdays at 8.15 p.m.

RTL has changed the jury significantly. In addition to Dieter Bohlen (66), Maite Kelly (40), Mike Singer (20) and Michael Wendler (48) will be sitting there.

Wait a minute, Wendler, wasn’t there something? The pop singer announced his departure from DSDS at the beginning of October, criticized the Corona measures and accused the media of bringing into line?

However, the 48-year-old was still there at the auditions. The 13 episodes with Wendler will be shown as planned. After the recall there will be a three-person jury.

The auditions recorded in September 2020 all took place on the ship “Blue Rhapsody”. The stations are between Mainz and Duisburg down the Rhine.

For the top 100 it will then continue in the recall in Cologne. After seven recall episodes, the semi-finals (Top 9) and the final in March 2021 will each be broadcast live from Duisburg.

In 2021, RTL will show the 18th season of the casting format “Deutschland sucht den Superstar”. From January 5th, there will be a total of 22 episodes, which will be broadcast on Tuesdays and Saturdays at 8.15 p.m.

After accusations of racism: Staatsballett Berlin revises its program

Swiss Festival at the World Cup – also top in the...

Salma Hayek on sex scene with Antonio Banderas: “I started to...

Commentary on Wendler and RTL after the DSDS episode