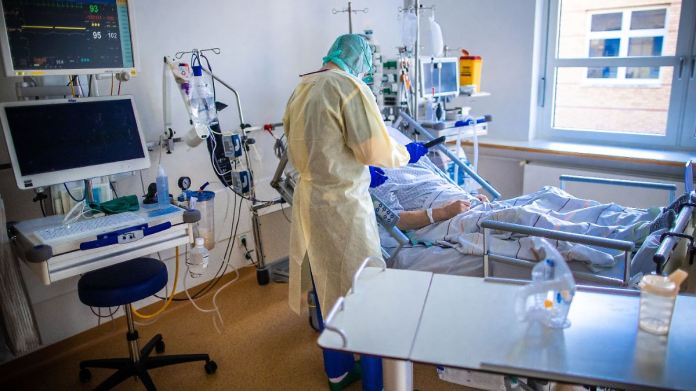 An easing of the infection process is not in sight in Germany. The targeted seven-day incidence of 50 still seems a long way off. The corona situation remains tense, especially in the east and south.
The number of deaths and new infections with the coronavirus remains at a high level. The German health authorities submitted 19,528 new cases and 731 deaths to the Robert Koch Institute (RKI) within one day, as the RKI announced in the morning. On Tuesday of the previous week, 14,432 new infections and 500 deaths were reported – however, there was no data from Saxony at the time, which was later reported.

The number of new infections reported to the health authorities within seven days per 100,000 inhabitants (seven-day incidence) is currently reported by the RKI to be 197.6. This is the highest level since the pandemic began. Saxony achieved by far the highest value: There the seven-day incidence is 426.8, i.e. more than twice as high as the national average. Thuringia follows with a value of 299.4 and Bavaria with 215.9. The lowest value is recorded in Schleswig-Holstein with 93.6.

The number of deaths had recently tended to go up, which was expected after the steep increase in new infections. The total number of people who died with or with the involvement of a proven infection with Sars-CoV-2 recently rose to 27,006. The RKI has counted 1,530,180 detected infections with Sars-CoV-2 in Germany since the beginning of the pandemic (as of December 22nd, midnight). It is estimated that around 1,136,700 people have now recovered.

According to the RKI management report from Monday evening, the nationwide seven-day R-value was 0.98 (previous day: 1.04). This means that 100 infected people theoretically infect 98 more people. The value represents the occurrence of the infection 8 to 16 days ago. If it is below 1 for a long time, the infection process subsides.

Note: The RKI figures usually differ slightly from the case data that ntv.de reports daily in the evening. The ntv.de data team has direct access to the registration figures from the federal states as published by the local ministries and authorities. The RKI, on the other hand, is bound by the legally prescribed reporting channels, which can lead to a delay.

Saxony-Anhalt: Haseloff wants to prevent a vote on increasing the radio...

Robbie Williams is planning a gallery with a club in Berlin...

PS5: black console in PS2 look appeared – will the fan...

When Alain Berset comes to a standstill