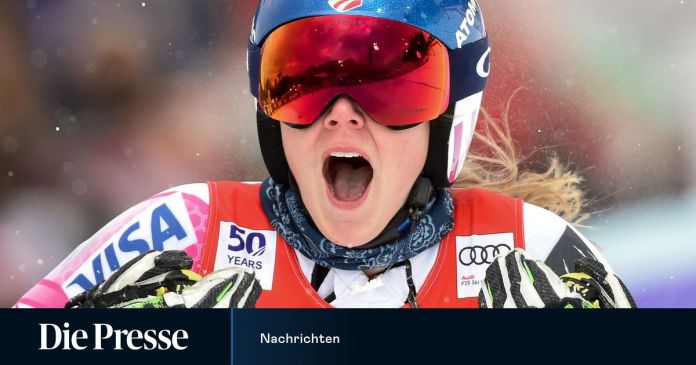 Not only tobogganers and amateur skiers flock to Semmering, world cup stars like Mikaela Shiffrin also swim their lanes here. She arrives with 67 victories in her luggage, and the ÖSV women also think they are on an upward trend before the races on Monday and Tuesday.

Semmering. The women’s alpine ski world cup will come to an end in 2020 with the usual two technical races in Austria. This time it is Semmering’s turn again, alternating with Lienz. Shortly before the turn of the year, giant slalom (Monday) and slalom (Tuesday) will take place, the latter now being a floodlit event again. Even the home technology spectacle on the “Zauberberg” has to take place despite the 25-year World Cup anniversary due to Corona, but without an audience and supporting program.

“It’s a shame, but it doesn’t really matter to the viewers in front of the TV and it has become routine for the racers. It’s still about 100 points,” said Michaela Dorfmeister, who competed four times at the Semmering as a local hero from Lower Austria is. That is why the double Olympic champion knows about the special features of the panorama slope on the Hirschenkogel. “It is relatively short, you shouldn’t oversleep. You also have to be very lively on the narrow slope,” says Dorfmeister. “Above all, you need very special glider qualities up there, because it goes so flat and you still need a certain basic speed to get started.”

Most impressively, Mikaela Shiffrin recently coped with the special Semmering conditions. In 2016 the American won all three races here, two years ago the slalom after Petra Vlhova prevailed in the giant slalom. Almost two weeks ago, Shiffrin last achieved the emotional comeback victory in Courchevel after the death of her father. It felt like her first victory, admitted the 25-year-old in France with tears. With 67 World Cup victories, she is now level with Marcel Hirscher, the most successful Semmering starter (4 wins) now only has compatriot Lindsey Vonn (82) and Ingemar Stenmark (86) ahead of her.

Shiffrin and Vlhova, along with the Italians and Tessa Worley (FRA), are also the Semmering favorites for Dorfmeister. Shiffrin, of course, benefited in her most recent victory from the failures of World Cup leader Vlhova and the two-time winner of the season and currently fastest in the RTL field, Marta Bassino. Federica Brignone was already on the trousers in Courchevel, but still saved second place. She trained very well on the Reiteralm, said Shiffrin, who always rides particularly well around the turn of the year.

“The density of the winning runners is very high at the moment. That’s why everyone has to go to the limit, which I like very much,” said Dorfmeister, looking forward to the “giant” at Semmering. They also recently impressed the ÖSV women. “I really liked the vigor and commitment with which they got out of the starting house in France. They also need that at Semmering.”

Stephanie Brunner and Katharina Liensberger are also aware of this. Two years ago, as fourth, they narrowly missed the leap onto the Semmering podium. The last ÖSV Semmering victory (Anna Veith in RTL) and podium (Kathrin Zettel 2nd in the slalom) come from 2012. Austria’s women are still number one with 93 World Cup victories in RTL, but since Eva Maria Brems’s triumph in 2016 in Jasna without a win in this discipline.

Liensberger and Brunner were recently very promising in the GS. “In 2016 I scored my first World Cup points at this home race on a beautiful slope,” Liensberger has good memories of Semmering. The people of Vorarlberg also know the secrets of the slope. “Especially in the giant, it is important to build up powerful speed up to the first goals.” The ongoing corona tests and the lack of fans do not bother Liensberger. “The gratitude to be able to drive outweighs it.”

Brunner sees it similarly. “Home races are always special even without fans. But that’s also the slope here, because it starts extremely flat. You also have to push right to the last goal because it’s never really steep,” says the Tyrolean.

Brunner did not return until October after three cruciate ligament tears within 17 months and a long break, but the comeback has been very good so far. Most recently in Courchevel, the 26-year-old was sixth again. “If I turn consistently good turns again, then the results will come by themselves,” Brunner is convinced. “The last training sessions were very good and I’m more confident on my skis.”

Free testing from mid-January: The third lockdown begins in Austria

Covid-19: Another 242 corona cases and six deaths in MV

Michael Douglas has become a grandpa for the second time