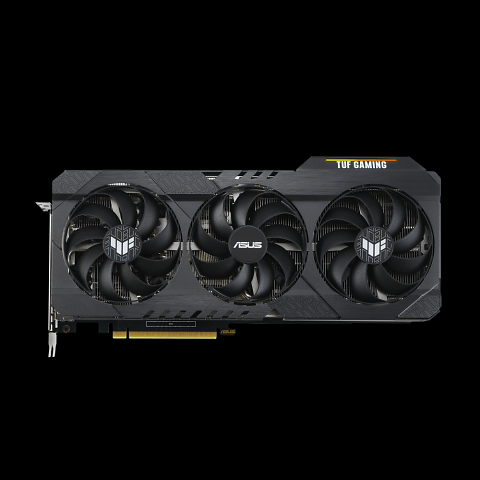 The test embargo on the Geforce RTX 3060 Ti fell yesterday. The pixel accelerators are due to go on sale this afternoon and, in fact, various manufacturers have already presented custom models. At Asus these are the ROG Strix Geforce RTX 3060 Ti, the TUF Gaming Geforce RTX 3060 Ti and the Dual Geforce RTX 3060 Ti – each in a normal and an “OC Edition”. In its press release, Asus did not communicate the clock rates that the models would send into the race, but it did provide price recommendations. A picture gallery was also sent to us:

Gigabyte and MSI with sophisticated and entry-level models

Gigabytes Gaming OC Pro has installed a Windforce 3X cooling solution, so it offers three fans like the Aorus Master. The boost is 1,770 MHz – which still corresponds to an increase of 6.3 percent. 1,740 MHz are the boost of the non-pro version. Gigabyte’s entry into the 3060-Ti class is the Eagle (OC) with just two fans and a boost clock of 1,695 or 1,665 MHz. The latter value corresponds to that of the Founders Edition.

MSI also has several manufacturer cards in its range. Here, the Geforce RTX 3060 Ti Gaming X Trio or Gaming Trio is the flagship. In both cases, it is an expansive heat sink design that has three propellers. While the Gaming X Trio has a boost clock of 1,830 MHz (plus 9.9 percent), it is 1,755 MHz for the Gaming Trio (plus 5.4 percent). A gaming series with two propellers has also been announced – but there is still a lack of specifications.

We come to the Ventus 3X, which like the Gaming (X) Trio has three fans, but offers a less expansive cooler and apparently does not use RGB gimmicks. It is again available in a “normal” and an OC version, the boost frequencies of which are 1,665 and 1,695 MHz. Then there is the Ventus again as a 2x series, speaks with two instead of three fans. Gigabyte calls the OC model a boost of 1,695 MHz and the non-overclocked RTX 3060 Ti Ventus 2X 1,665 MHz. A Geforce RTX 3060 Ti Twin Fan, probably intended as a budget model, goes to work on the boost side with 1,695 MHz (OC model) and 1,665 MHz.

All readers receive daily free news, articles, guides, videos and podcasts about current game hardware and their favorite games. So far we have financed this site mainly through advertising, but since COVID-19 it has become increasingly difficult. Many companies are cutting or cutting their advertising budgets for 2020. Budgets that we are unfortunately dependent on if we want to continue to offer PC games hardware in the usual form free of charge.

Shortly before the sales start of the # RTX3060Ti, we want to know in a current survey which new graphics cards you want to buy – and which not.

GPU timetable for December: Sales start of the RTX 3060 Ti, tests of the RX 6900 XT – and custom designs

The timetable: In December, after the tests of the Geforce RTX 3060 Ti, the launch of the Radeon RX 6900 XT is on the agenda.

PCGH Plus: We clarify and give tips on which hardware configurations are best for cooling the power-hungry and, above all, hot-headed Ampere graphics cards. And we’re examining the situation with power supplies. The article comes from PC Games Hardware 12/2020.
more …

Wendler has trouble with a bread company – People

Biathlon – Hauser again third in the World Cup in the...

After a giant landslide near Oslo: helicopters are looking for ten...

Study on corona vaccine: This is how the first Biontech dose...

Christians in Iraq – Looking forward to Pope Francis in Iraq...