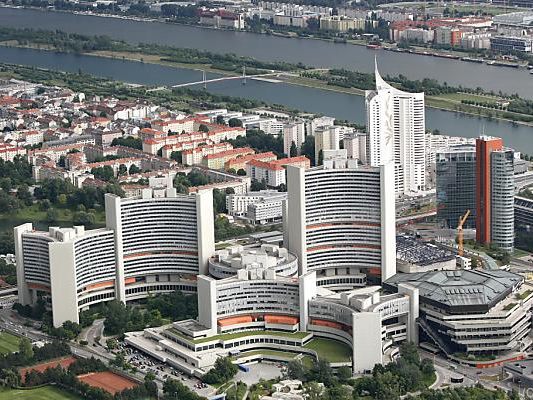 
The UN City as a cash cow for Austria
© WHAT

The international organizations and embassies based in Austria secure more jobs than the Wiener Allgemeine Krankenhaus and Wiener Linien together. Foreign Minister Alexander Schallenberg (ÖVP) emphasized this on Monday, citing a commissioned study by the Institute for Higher Studies (IHS) on the effects of the “official seat of Austria”. The IHS experts counted a total of 18,490 jobs or 15,440 full-time positions.

This corresponds to an increase of five or four percent compared to a previous study in 2018. Around two thirds of employment is created indirectly and induced along the value chain and through income effects. The gross value added effect amounts to 1.35 billion euros (plus three percent), and even the tax authorities benefit, despite the tax privileges in the diplomatic area, with 527 million euros in taxes and duties. These figures also include events, international schools and the expenditure of all diplomatic missions in Vienna.

“Austria can rightly be proud to be the official seat. We not only have a presentable business card abroad, but also an economically valuable resource at home,” commented Schallenberg on the results of the study commissioned by the Foreign Ministry. He expressed the hope that Austria could again live up to its reputation as a place of encounter and dialogue in the coming year. After all, because of the corona pandemic, diplomacy at the UN headquarters in Vienna “has almost completely switched to virtual space” this year.

The study aims to show the economic benefits Austria has from the presence of international organizations. 51 organizations were examined, which according to the IHS come together with a gross value added of 625 million euros. They would secure 7,148 full-time jobs, 3,014 of them outside Vienna. The tax authorities can look forward to additional income of 226.3 million euros, mainly through consumer spending and the employment of local employees.

The International Atomic Energy Agency (IAEA) has by far the largest share with 2,488 employees and annual expenditure of 291.4 million. This is followed by the UN City, the UN Organization for Industrial Development (UNIDO), the International Institute for Applied Systems Analysis (IIASA), the Organization for Security and Cooperation in Europe (OSCE), the migration think tank ICMPD, the Commission for the Nuclear test ban (CTBTO PrepCom), the Organization of Petroleum Exporting Countries (OPEC), the World Bank and the EU Fundamental Rights Agency (FRA). They all employ more than 100 people each. Incidentally, there is the King Abdullah Center for Interreligious and Intercultural Dialogue (KAICIID) for every 71 employees, which is about to leave Vienna.

Because exact data on the consumer behavior of the organizations and employees are not available, the study authors had to operate with estimates. They assumed that employees spend an average of 77 percent of their money in Austria, i.e. less than a quarter flows abroad.

It was also not possible for the study authors to determine how many embassies have settled in Vienna solely because of the international organizations. For this reason, the complete added value of all 120 bilateral and 189 multilateral representations in Vienna was included in the study. These employ 6,946 local employees and have added value of 615.5 million euros.

The study remains vague with regard to Austria’s expenses for the presence of international organizations. Only direct government expenditures are listed, not indirect costs. Specifically, start-up financing for embassies from poorer countries or participation in maintenance costs are mentioned. According to the Foreign Ministry, the latter would have amounted to 2.4 million euros in 2019. The federal government has also waived the rent for the UN City for decades, which corresponds to lost rental costs of 40 million euros per year (assuming a rent of 15 euros per square meter). Furthermore, the federal government transfers an education contribution of two million euros annually to the UN organizations.

The total costs could not be determined due to similar tasks (such as security expenses for state visits), but are unlikely to reach a three-digit figure, according to the study. “Even if this totaled 100 million euros per year, the tax effects for the Austrian tax authorities would still be over five times as high,” write the authors, referring to the tax and duty income of over half a billion euros. A third of this income (171 million euros) ends up in the social security system, which has to provide the insured with appropriate benefits.

The union wants to avoid pilots being dismissed part-time

NOK or Xpeng? Only one gets a buy recommendation from...

After lawsuit against abuse: Shia LaBeouf shows up with a new...

He wanted to eat her rib: Armie Hammer’s ex in therapy

Despite lockdown in England: Corona infection numbers continue to rise

30 years of Batic and Leitmayr: The two from Munich