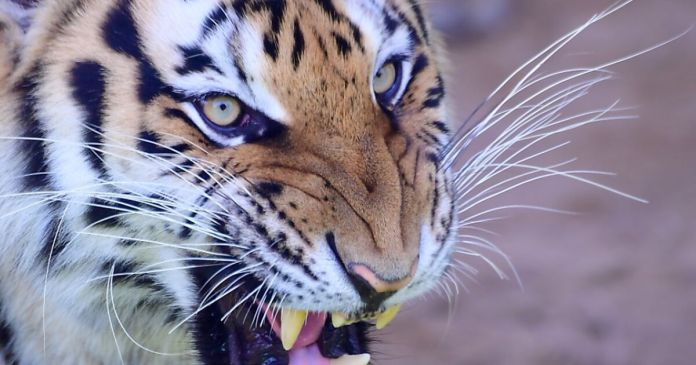 In the Czech Republic, a privately held tiger bit off a woman’s hand. The 66-year-old was stabilized for the transport and taken to the hospital, said a spokesman for the rescue service on Monday, according to the CTK agency. According to the first findings of the police, the woman held her hand in the enclosure to stroke the predator, although she had been repeatedly warned against it.

A tiger is just not a cuddly kitten

The predator owner, a relative of the woman, was not there at the time of the accident. According to the information on his website, in addition to tigers, the man also keeps pumas, desert lynx, lions and leopards. He has 20 years of experience with it. The police are now checking whether safety regulations have been violated. The accident happened in the municipality of Chvojenec, around 14 kilometers southeast of Hradec Kralove (Königgrätz).

Frankfurt am Main: Danger of congestion on the A3 between Frankfurter...

A Stuttgart resident in Covid 19 quarantine: three weeks on ten...

Over 20 new games announced for the subscription service

What is changing, which corona rules apply over Christmas and New...

This is the new Samsung flagship SoC for CES 2021 Heavy snowfall again in Tyrol: More than 1000 households without electricity