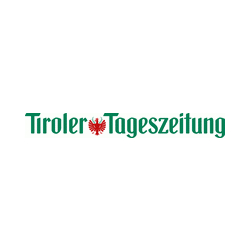 Innsbruck (OTS) – Although time is pressing and the consequences of not reaching an agreement could be devastating, an agreement on a post-Brexit agreement between the EU and Great Britain will not succeed. The Brexit drama is in an endless loop.

Great Britain left the EU on January 31, 2020. After years of wandering around in the Brexit labyrinth, after postponing the exit date several times, after domestic political upheavals among the British, which paved the way for Boris Johnson to the top of the conservative Tories and the government, the spook finally seemed to be over. After the never-ending struggle surrounding the Brexit divorce treaty, the optimist wanted to believe that both the EU and London had learned from past mistakes. In the negotiations for a trade agreement that should regulate the new relations between Europe and Great Britain after Brexit and almost a year of transition phase, one now expected a professional view of things. After all, the stakes are extremely high: if there is a hard break, the close economic ties threaten to be severed in one fell swoop.
But those who believed in improvement were once again taught better. Nothing has changed at all. The Brexit drama seems to be caught in an endless loop. And deadlines are only there to not be met. The necessary ratifications for a possible treaty are no longer an issue. There would be no more time for it. Last Sunday should have been the day of the decision again – whether the negotiations on a trade pact will be broken off or a deal will come about. But again nothing was decided. Negotiations will continue, EU Commission President Ursula von der Leyen and British Prime Minister Boris Johnson announced. Shortly after the phone call with von der Leyen, Johnson emphasized that a “no deal” was far more likely than an agreement. There is only one word for this type of negotiation: teasing.
In any case, there has been no movement in the central sticking points of competitive conditions, fishing and dispute resolution for a long time. Both sides have dug themselves deeper and deeper. And:
In recent years, both sides have thrown so many smoke grenades in the negotiations for a Brexit treaty and now a post-Brexit agreement that they have lost sight of the situation. And credibility is a thing of the past.
The way out of the Brexit maze is no longer comprehensible for many, the staging of the Brexit drama has long since become a bad farce.

The game highlight “Cyberpunk 2077” in the test: Welcome to Night...

Parler: The favorite app of Trump fans is back – with...

AirPods Max has a battery problem, do you guys too?

Contact tracer on mutations: “Up to 65 people have to be...

These 4 professionals are new to the 14th season

Sturm Graz amateurs are aiming for promotion to the 2nd league...