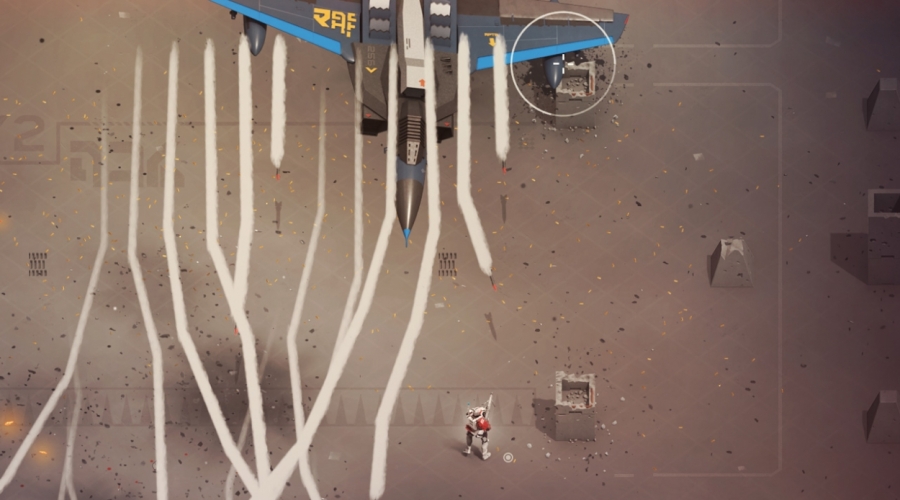 The Nintendo eShop shows that the top-down shooter SYNTHETIC: Ultimate will be released on December 16 for Nintendo Switch. The game can already be pre-ordered.

SYNTHETIC: Ultimate was developed by Flow Fire Games, a small indie studio based in Berlin. SYNTHETIC: Ultimate is the studio’s first game and combines elements of classic top-down shooters with rogue-lite elements. In order to protect humanity from being taken over by machines, you shoot as hard as you can and you have to constantly improve your weapons. The game promises over 85 different weapons that can be customized and improved in different ways.

The developers also promise special tricks. Weapons can overheat or block. There are also headshots, which is unusual in a shooter in the top-down view.

Alexander has been with Nintendo-Online since 2009 and occasionally lends a hand at PS-NOW. He grew up with the Game Boy and keeps catching himself whistling along to the theme song from Super Mario Land. Also found on Twitter: @DrSnaz

The Mars InSight mission’s “Mole” drilling probe is shut down, but the mission continues

Fishing: North Atlantic – Now available for 20% off in a week-long offer on Steam

PlayStation in crisis? Sony is struggling with a major problem in its home market