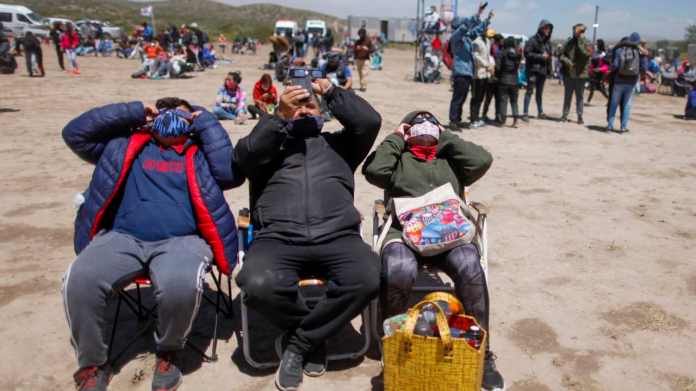 Only a few people got to see this spectacle live!

A solar eclipse darkened the sky over South America. The sky spectacle began on Monday noon (local time) over the city of Saavedra on the Chilean Pacific coast. The moon’s shadow then moved in a south-easterly direction via Pucón in Chile to Junín de los Andes in Argentina and on via Valcheta to Salina del Eje on the Argentine Atlantic coast.

▶ ︎ It was the second total solar eclipse in the region in about a year and a half. The phenomenon was last seen in Chile and Argentina at the beginning of July 2019, but a little further north. During a solar eclipse, the moon moves between the earth and the sun and thus covers the sun.

SmallRig launches the cage for the fp series, CERTIFIED BY SIGMA

Five years after the “Raab”: where does the Raab nostalgia come...

Mark Forster shares photo: What does he mean by that?

The fourth Corona demo in Vienna was canceled by the organizer...