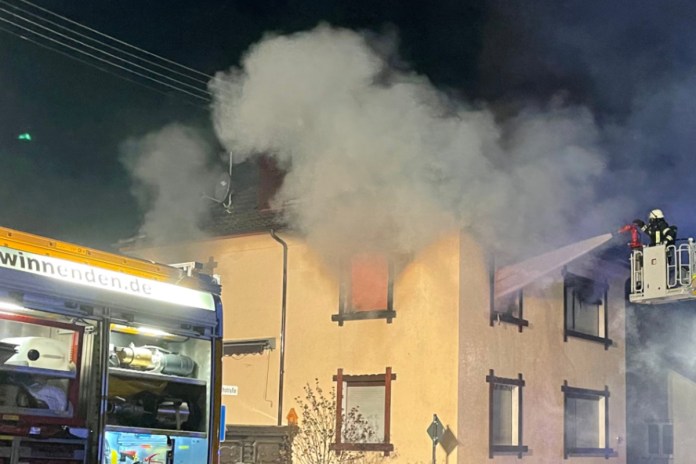 A woman was killed in a fire in Winnenden, Baden-Württemberg.

Winnenden – Tragic! In the event of a fire in Baden-Württemberg A woman († 69) died on Monday evening in Winnenden.

The fire broke out early Monday evening on the upper floor of a residential building on Bachstrasse, the police said.

The fire brigade was in action with a large number, but could no longer save the woman alive from the flames.

At around 6.45 p.m., the emergency services were still putting out the fire.

A 73-year-old man was also able to save himself from the fire and, according to initial information, remained uninjured.

Tough new corona requirements: Italians are not allowed to travel at...

When are the new cruise ships coming? Robbery in the Green Vault (Dresden): custody for Remmo twin |...