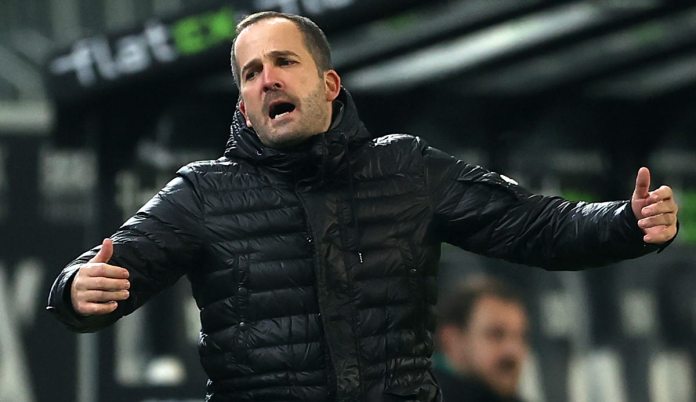 Schalke coach Manuel Baum is apparently not threatened with dismissal despite the continued victory series. Sports director Jochen Schneider sees the players’ duty instead. The mandatory purchase of a loan could become a financial problem for S04 after the season. News and rumors about the royal blues can be found here.

Although Schalke 04 are still waiting for their first win of the season and are at the bottom of the Bundesliga table, coach Manuel Baum is apparently not threatened with dismissal. After picture-Information, sports director has given his coach a job guarantee.

After being hired in September, Baum only scored four points in nine games, but Schneider sees the main culprit in the players. He thinks the team is good enough and does not want to give the team another alibi for their appearances after the dismissals of Domenico Tedesco and David Wagner.

The financial situation would also make a dismissal more difficult: Wagner will follow picture-Infos until the end of his contract in the summer of 2022, 200,000 euros per month were transferred; if he were kicked out, Baum would still receive 70,000 euros per month during the same period.

After the last-minute draw against Augsburg, S04 has two more chances to score points until the short winter break, on Wednesday it’s against SC Freiburg (from 6.30 p.m. in the live ticker). “Seven points from the last three games was our internal goal before,” explained Baum at the matchday PK, “we really want to do that. The three is getting closer and closer.”

The financial situation makes it difficult for Schalke to make improvements to the squad on the transfer market in winter. The focus must already be on the coming summer, because: Then striker Goncalo Paciencia is obliged to buy.

The loan from Eintracht Frankfurt, which only scored once in eight league games and is currently not available due to a knee injury, has to be returned at the end of the season SportBild-Infos for a proud twelve million euros are firmly committed. However, this only applies in the case of relegation with the Royal Blues.

These Bundesliga clubs conceded the most goals after ten match days

Baum: “Let’s not drag us down”

Before the game against Freiburg, Baum’s trust in his team is still high: “We continue to believe in ourselves, we continue to work on various things. We won’t let the blows in the neck drag us down, but work our way out again.”

Baum got the impression “that we are physically at a good Bundesliga level. I am sure that we will put on an aggressive, intensive performance tomorrow. That is absolutely necessary against a team like Freiburg”.

Mark Uth’s quick recovery after his horror injury also helped the team in preparation for the game. Baum was able to telephone him on his way home from the hospital. “He sounded as if nothing had happened. Of course, that helps for your own processing. Mark was also very positive during the video analysis.”

Bundesliga: The table before the Wednesday games

VfL Wolfsburg beckons a record at Bayern – the longest Bundesliga...

Google: Most cookie consent solutions do not interfere with indexing

More than 200 dead since the military coup in Myanmar