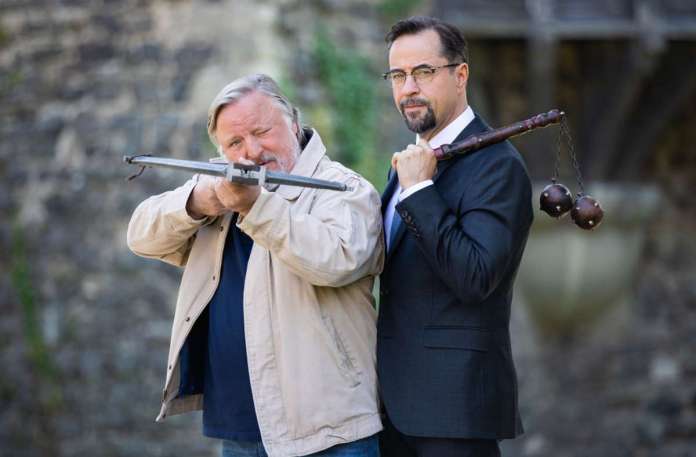 All third parties together are the most watched channels in Germany. The single winner is ZDF. The queen of the quota is Angela Merkel. And among the boys, private channels such as RTL, Sat.1 and ProSieben dominate.

Berlin – More interest in news, more viewing time per day: classic television is one of the winners of the Corona year. Chancellor Angela Merkel and the third programs of ARD were the winners in the television program. With at least 23 million TV viewers of her incendiary speech on the Corona crisis on March 18 (“ It’s serious. Take it seriously.”), The Chancellor was the quota queen of the year. “ Since German unification, no, since the Second World War there has not been a challenge to our country that depends so much on our joint action in solidarity.”

Nine million on the first, nine million on ZDF, almost five million on RTL – and smaller channels came on top. Nobody else could reach so many TV viewers in one evening.

WDR-Tatort was the most watched TV film of the year

With 13.80 million viewers, the most watched TV film of the year was the WDR “Tatort: ​​#Long Live the King!” ( December 20) with Axel Prahl and Jan Josef Liefers in the first. With 13.15 million, the second Münster “Tatort” of the year (“Limbus”, November 8th) landed in second place. Only after that was King Football followed numerically in the form of the Champions League final Munich-Paris: How Bayern won the title was followed on 23 August by 12.81 million viewers on ZDF.

The most popular entertainment show was “The Advent Festival of 100,000 Lights” (MDR) with Florian Silbereisen from Suhl, which showed the first on November 28th. It was the tenth under that name.

The most popular talk show on German television was “ Anne Will”, according to ARD. An average of 3.97 million viewers followed the conversations – around 720,000 more per program than in 2019.

“ Markus Lanz” tune in about 1.8 million each time

RTL was the strongest private broadcaster

The strongest private broadcaster was again RTL with 8.1 percent. This was followed by Sat.1 with 5.7, Vox with 4.6, ProSieben with 4.0, Kabel eins with 3.5, ZDFneo with 2.9 and RTLzwei with 2.7. It was followed by channels like Nitro and RTLplus, SuperRTL, ntv and Welt.

The “Tagesschau” held its top position among the news programs. The 8pm “Tagesschau” was watched by an average of 11.8 million a day on Erste and the other broadcasting channels such as Third, 3sat, Phoenix, Tagesschau24 and ARD-alpha. That was by leaps and bounds about 2 million more than in 2019. The show was particularly successful in the lockdown months.

In the Corona year, significantly more classic linear TV was watched. According to the Arbeitsgemeinschaft Fernsehforschung (AGF), the average viewing time for viewers aged three and over was an average of 220 minutes a day, i.e. over three and a half hours. It was above the previous year’s level of a good 210 minutes (period 1.1. To 29.12.2020, Monday to Sunday 3 a.m. to 3 a.m.).

Geiger just missed the podium – Kubacki won with a hill...

Corona: Every third infection in MV in connection with old people’s...

Will the ex-president still be convicted ?: Lawsuit against Trump based...