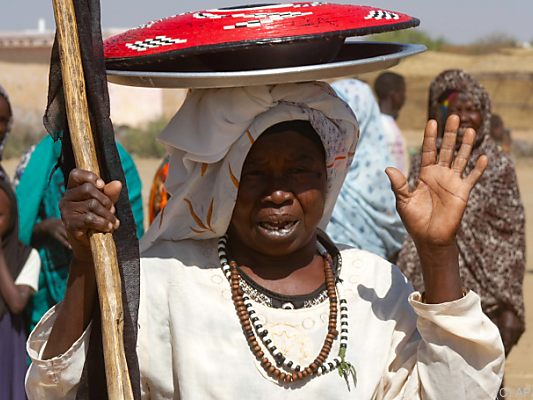 Despite the latest violent clashes in Darfur, the United Nations ended its peacekeeping mission in the Sudanese troubled region on Thursday. This means that the “responsibility for the protection of civilians” will be transferred to the government of Sudan, according to a UNAMID statement. The joint mission of the UN and the African Union (AU) was active in Darfur for 13 years.

Just over a week ago, the UN Security Council agreed to suspend the mission on December 31. According to the resolution, the withdrawal of personnel and equipment is to begin on Friday; it should be completed on June 30th.

The interim government in Khartoum requested that the mission, which was launched in 2007, be terminated. Both the United Nations and the African Union had also spoken out in favor of this step, despite protests from numerous Darfurians in front of the headquarters of the mission in the regional capital Nyala. The human rights organization Amnesty International, however, had demanded an extension of the mission and warned of a “security vacuum”.

At the height of the UANMID mission, 16,000 blue helmets were stationed in Darfur. In 2003, a bloody conflict between rebel groups and the army under the then President Omar al-Bashir broke out in the region in western Sudan, which, according to UN estimates, killed around 300,000 people. 2.5 million people were displaced.

From 2008 to 2009, the Austrian Armed Forces took part in an EUFOR mission to protect refugees from Darfur and internally displaced persons in Chad.

For a number of years there has been relative calm in Darfur. In the past few weeks, however, there have been repeated skirmishes and violent clashes between hostile groups and between Arab nomads and farmers. Many residents of the region fear a resurgence of violence after the Unamid withdrawal.

Information about the corona rules at the SM in Hittnau –...

Starting off on snow – which gear should drivers shift into...

Amira Pocher shoots after allegations of bullying against critics

Berlin & Brandenburg: Ban on visiting nursing homes in Berlin with...