Union lost the city derby against Hertha BSC. Regardless of this, the iron team are playing a strong season so far and are sniffing the international ranks. The coaching team is now being rewarded for this.

Football Bundesliga club Union Berlin has committed promotion trainer Urs Fischer to himself beyond the end of the season. As the Köpenicker announced on Tuesday, the Swiss and his assistant coach Markus Hoffmann extended their expiring contracts.

The association did not provide any information about the running time. Fischer came to Union for the 2018/2019 season and led the Berliners to the Bundesliga in his first season.

“Together with his coaching team, he makes a decisive contribution to establishing our club in the Bundesliga and developing our team,” said Union President Dirk Zingler: “We value Urs Fischer as a person who fits in perfectly with Union and as an excellent coach whom we would like to work together for longer. ” The decision in favor of Fischer was “spot on”, said the president.

Fischer was also in a positive mood: “In the last few years we have experienced very nice things together here and celebrated successes together. I felt at home at Union from the start and continue to do so today.”

After the promotion in 2019, Fischer Union held a strong eleventh place in the debut season in the House of Lords. In the current season, the club surprised with an impressive start to the season and after ten match days are sixth with 16 points.

These blunders cost performance (or money)

A67 near Darmstadt: fatal accident – pickup truck hits a tree

Stefan Kraft hopes that the body will hold up on the... 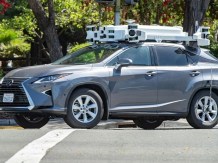 The one thing Princess Eugenie will do differently with her baby