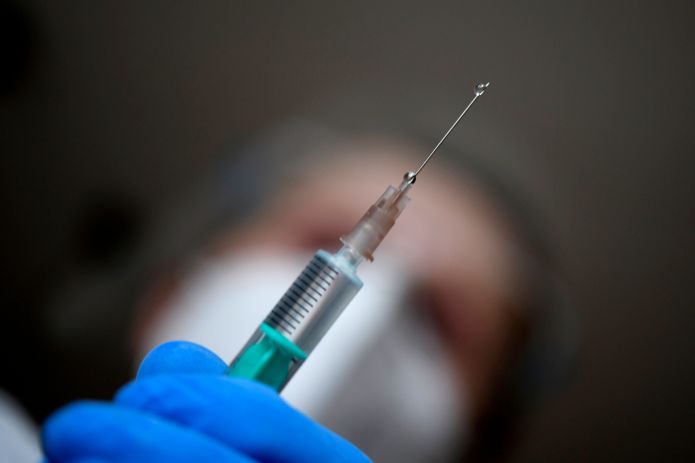 BerlinExhibition halls, sports centers, hotels: regional centers have been set up throughout Germany for the early start of corona vaccinations, through which vaccinations are initially to be bundled. Up to 440 locations should be able to be used for this, as a survey by the German press agency of the state governments showed. Tens of thousands of doctors and other helpers have registered for missions, but recruiting is still in progress in some cases. The capacities should be designed so that several thousand vaccinations per day are possible in each country.

In Berlin, up to 20,000 vaccinations a day should be possible, which will run through six centers. The federal and state governments had agreed to be largely operational with the vaccination centers by mid-December. Federal Health Minister Jens Spahn (CDU) said on Tuesday evening in the ARD that this had also been achieved, vaccination centers and vaccination structures are now ready. However, this does not yet apply everywhere. In Berlin it should be so far by December 21, in Brandenburg with eleven planned centers by the beginning of January, as the authorities said.

Opinion on the vaccine on December 21

Spahn described it as a very good signal that, as things stand today, the first vaccine should be approved in the EU before Christmas Eve. Then you can start vaccinating within two to four days, he said on Tuesday evening in the ARD Tagesthemen. In Germany, the vaccination centers and vaccination structures are now ready for use. In a first step, “around 400,000 doses could be delivered” after approval. Two doses are required per person. According to Spahn, vaccinated people should be able to report effects and side effects via app.

The European Medicines Agency (EMA) announced on Tuesday that it intends to present its opinion on the vaccine from the Mainz company Biontech and its US partner Pfizer on December 21 – that is, eight days earlier than before. The EU Commission then has to give its formal approval. This is a formality and could also be done within a day. This would pave the way for mass vaccinations to begin in all EU member states.

First, Germany will get the vaccine as agreed under the European treaties, said Spahn. These are eleven to 13 million vaccine doses by the end of the first quarter. The deliveries that have been agreed bilaterally with the manufacturers will be added later. This is an additional 20 million doses from Biontech alone. Spahn assumes that around 60 percent of citizens in Germany could be vaccinated by the end of next summer. According to experts, a rate of 60 to 70 percent is necessary for effective control of the pandemic.

Berlin nurses are not afraid of the injection

Protest march in Berlin: protesters march through the city

FC Bayern – Neuer rumbled after bankruptcy against Frankfurt: “That’s not...