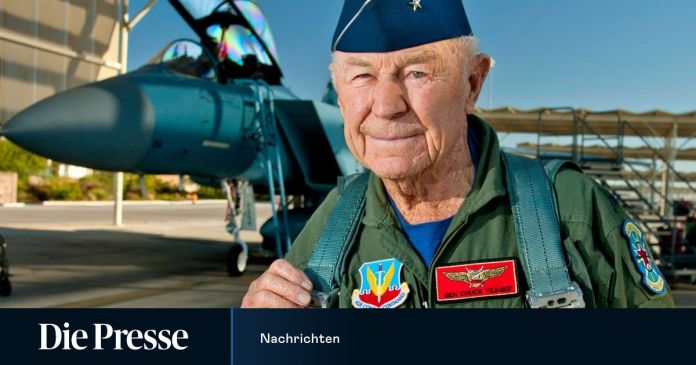 In 1947, Yeager was the first pilot to break the sound barrier with the Bell X-1 aircraft, opening up space for mankind.

The famous US pilot Charlie “Chuck” Yeager, who was the first person to break the sound barrier, is dead. As his wife Victoria announced in the short message service Twitter, Yeager died on Tuesday night at the age of 97. “America’s greatest pilot and his legacy of strength and patriotism will be remembered forever,” she wrote.

Yeager made history as a test pilot in 1947 when he flew faster than sound in his Bell X-1 aircraft. To do this, it accelerated to supersonic speed, which means that its flight speed of 1130 kilometers per hour was greater than the speed at which sound propagates in the air.

“That opened up space for us, from satellites to Star Wars,” Yeager said in a 2007 interview. The record earned him the nickname “fastest man in the world”. The writer Tom Wolfe set a monument to Yeager and his colleagues in 1979 in the novel “The Right Stuff” (“The Heroes of the Nation”). The book was made into a film in 1983, with Hollywood star Sam Shepard playing Charles Yeager.

Yeager’s career began in the military. He worked there as a mechanic before starting pilot training. When he joined the Air Force in 1941, the United States was on the verge of entering World War II. As a fighter pilot, Yeager experienced numerous battles and was able to record twelve aerial victories by the end of the war. By the time he retired in 1975, he had completed more than 10,000 hours of flight time in around 360 different types of aircraft. 19

Developer bluntly complains about the confusing name of the console

Most popular first names 2020: Ben and Emma ousted from the... 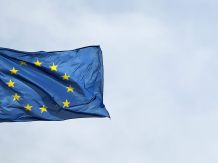 Due to the corona crisis: number of illegal entries in the...