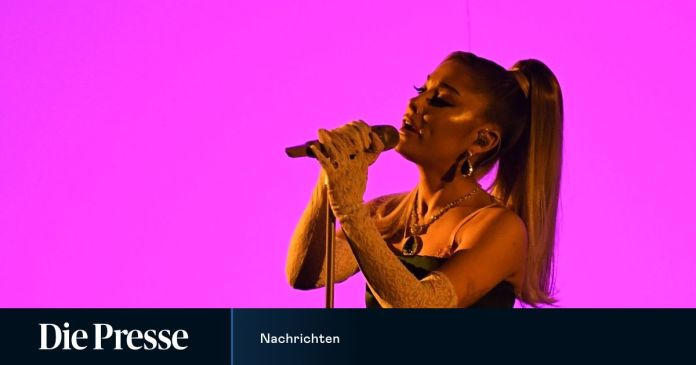 The singer posted photos on Instagram with her partner Dalton Gomez and an engagement ring. She wrote: “Forever and much more.”

US singer Ariana Grande got engaged. The star announced the news on Sunday with multiple Instagram photos. Grande commented on the snapshots with her partner Dalton Gomez and an engagement ring with the slogan “Forever and much more”. Grande had largely kept her relationship with the real estate agent under wraps.

Grandes manager congratulated the couple on Instagram. Dalton could consider himself lucky, wrote Scooter Braun. The model Hailey Baldwin, who is married to Justin Bieber, also sent congratulations. Grande and Bieber recorded the quarantine hit “Stuck With U” at the beginning of the corona pandemic. At the end of the video, which appeared in May, Grande shows up in a short scene with Gomez.

In 2018 Grande was briefly engaged to comedian Pete Davidson, but the couple separated after a few months. The singer and actress previously dated rapper Mac Miller, who died in September 2018 at the age of 26 from an accidental drug, alcohol and medication overdose.

Mod for Cyberpunk 2077: RAM pool optimizer should remove limits on...

Many alcoholic people there – Corona violence in the city of...

World Cup balance sheet for women – you can rely on...

Oeder Weg in Frankfurt without cars: a road for cyclists