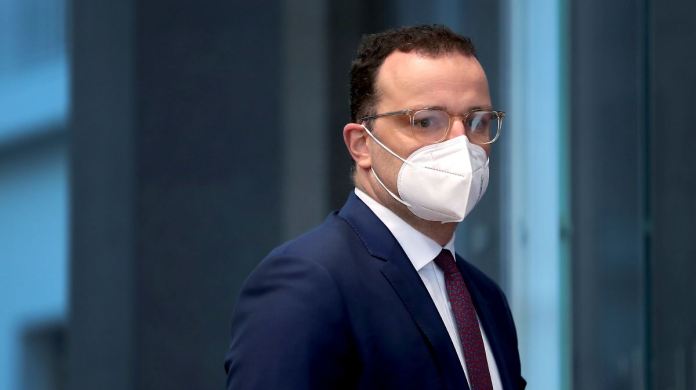 “ Vaccination start jerky occasionally”
Spahn: Better to go to school for a week longer than too short

It is now considered certain that the lockdown will be extended beyond January 10th. The number of infections is too high. As a result, the subject of schools now also comes into focus. So far, no uniform line has emerged.
More and more prime ministers are expressing doubts about an end to the lockdown in mid-January. At the same time, a debate about school and daycare is breaking out. “ Normal and understandable,” said Federal Health Minister Jens Spahn in the morning at a press conference in Berlin. “ At the same time, I am in any doubt in favor of it, rather one week too long now than one week too little.” The teachers’ association had previously confirmed its assessment that after the Christmas holidays there will initially be no normal operation at the schools.

It is clear to everyone that this will not be possible in January after the holidays, said association boss Heinz-Peter Meidinger at ntv. “The infection situation will not allow that.” That is why one must continue to prepare for either distance teaching or alternating operations. With regard to possible exams, he said, “ We have some federal states that have already postponed their final exam dates.” It must be considered whether they should be postponed again and what should be done to get the students fit for the exams.

Meanwhile, Baden-Württemberg’s Minister of Education, Susanne Eisenmann, pleaded for a quick resumption of classroom teaching. She recently announced that she would campaign for the opening of schools up to the seventh grade and in the final grades, regardless of the corona numbers – whereupon the Baden-Württemberg State Ministry contradicted her on Twitter. Your Rhineland-Palatinate colleague Stefanie Hubig wants to stick to distance learning. The head of the Conference of Ministers of Education and Cultural Affairs told the “ Rheinische Post” that all schools in her state would remain in distance learning until January 15th. As an education politician, however, she has the goal “to enable school to go back to school as soon as possible – if need be, only for younger children and the graduating classes”.

Decisions are expected on Tuesday at the latest, when Chancellor Angela Merkel and the Prime Ministers discuss the time after the lockdown, which will initially run until January 10th. The education ministers of the federal states want to coordinate the school issue one day in advance. However, individual federal states may also announce their plans in advance – education is a state matter. Hamburg, for example, has extended the mandatory attendance in schools, which was suspended from January 5 to 10, by one week. In addition, the Senate has not ruled out that there will be no regular classroom teaching in the last two weeks of January.

Meanwhile, Health Minister Spahn has ruled out a complete lifting of the lockdown in view of the latest corona infection figures. The infection and death numbers showed “that we are still very far from the normality we would like,” he said. “ So I don’t see how we can return to pre-lockdown mode in this situation – as difficult as it is,” he said. “ This also applies to New Year’s Eve.” It is necessary “that this will be probably the quietest New Year’s Eve Germany can remember”.

In the pandemic in particular, one is experiencing a time of contrast between hope and suffering. The start of the vaccination offers reason to be confident. The minister admitted that there had been a few problems at the start of the campaign: “ Yes, it jerks in one place or another.” Overall, however, the “largest vaccination campaign in the history of Germany has started successfully,” he said.

“ Until the protection works in the area, we need our tried and tested means,” emphasized Spahn. At the moment, a strong reduction in contact is definitely needed in general. Closures in the public sector would only make sense “if we also reduce contacts in the private sector”.

The President of the Robert Koch Institute, Lothar Wieler, also called for the contacts to be further reduced “to the bare minimum”. “ Let’s take the wind out of the sails of the virus together.” The coronavirus is widespread in all age groups, and it will “be so for many weeks”. The approved Biontech vaccine is “according to all available data safe and effective”. It is a “well-tolerated vaccine in which the benefits far outweigh the risks,” emphasized the President of the Paul Ehrlich Institute, Klaus Cichutek.

Start of the Four Hills Tournament: This is the chances of...