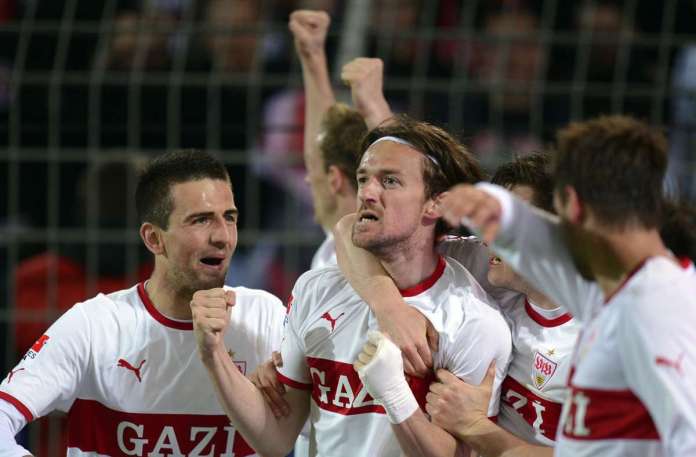 In March 2012, madness broke out in the Dortmund stadium. Christian Gentner’s dream goal crowned VfB’s performance and was ultimately the icing on the cake on a football evening that went down in Bundesliga history. Photo: dapd
On Saturday VfB Stuttgart will be visiting Borussia Dortmund – a duel between two traditional clubs. In our “Legendenspiele” series, we look back on a memorable evening in the 2011/2012 season when madness broke out in the second half.

Stuttgart – With Borussia Dortmund and VfB Stuttgart, two very traditional clubs face each other. In the all-time league table of the Bundesliga, BVB is in second place, while the Swabians are fifth. In the recent past, the clash between these teams has been rather an unequal duel. VfB could only win one of the last ten games.

Before the game on this Saturday (3:30 p.m. / live ticker), however, the view goes back to the 28th matchday of the 2011/2012 season. On March 30, 2012, both clubs met in a Friday game. BVB had been unbeaten in 22 games and was aiming to defend their title in the Bundesliga. The Swabians were in seventh place in the table and fought for international business.

A game followed in Dortmund – and above all a second half – which is probably one of the craziest in Bundesliga history. Check out our picture gallery to see how the game went. Have fun clicking through!

New lockdown: retailers are running out of reserves Berliner surfs in the tunnel on a bus