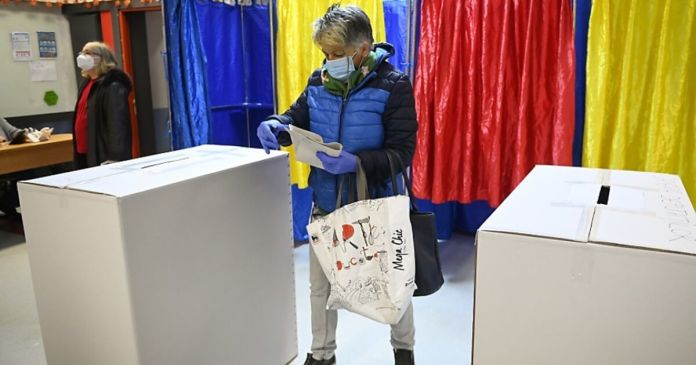 The fourth strongest force in the country’s new legislature will be the largely unknown “Alliance for the Union of Romanians” (AUR) with 8.8 percent. This has taken the reunification of Romania with the Moldova on the flags and was noticed in the past few months by an ultra-nationalist, decidedly anti-Hungarian, partly right-wing extremist as well as arch-conservative rhetoric, but also by street protests against the duty to mouth and nose, which was valid in Corona times. Protection.

The Union of Hungary (UDMR) was the last party to make it into parliament with 6.1 percent, while the small parties Pro Romania of the former Prime Minister Victor Ponta and the PMP (People’s Movement) of former President Traian Basescu, according to the electoral authority, with 4.1 and 4.6 percent of the five percent parliamentary hurdle applicable in Romania failed.

Since no party won an absolute majority in the general election on Sunday, the ball now rests with the President of the Republic according to the Romanian constitution. After initial exploratory talks, Klaus Johannis can commission a person of his choice to form a government without having to take into account the claims of the election winner.

Romanian policy observers agree that the future government coalition will be yellow-blue-green or consist of liberals, the reform alliance USR-PLUS and the Hungarian Association (UDMR). It remains to be seen whether Johannis will again commission party leader Orban to form a government in view of the defeat of the liberals close to him. A PSD government is generally excluded because none of the remaining four parliamentary parties want to form a coalition with the post-communists.

New firmware for many cell phones

Weather in Berlin and Brandenburg: Temperatures drop at the weekend –...

Amira Pocher reports back after the birth: “Hello dark circles”

Frank Fussbroich wants to secure the ticket for the jungle camp