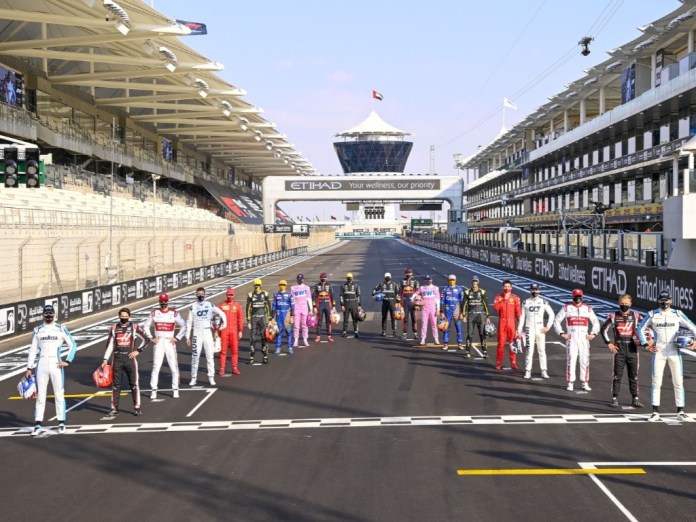 Now in the F1 LIveticker: The Abu Dhabi Grand Prix – The final of the 2020 Formula 1 season on the Yas Marina Circuit: The last of a total of 17 races in this crazy Corona season, will be driven at dusk in Abu Dhabi (Sunday, 2.10 p.m. CET / RTL and Sky). After six years in red, Sebastian Vettel climbs into his Ferrari for the last time, with 14 wins and twelve poles for the Scuderia. Vettel’s very big dream of becoming world champion with Ferrari like his idol Michael Schumacher remained unfulfilled. The 33-year-old will drive for Aston Martin next season.# Formel1 # F1 # F12020 # mercedesamgf1 #RedBull

Toto Wolff: “That was an exciting qualifying, in which incredibly small gaps were decisive. In the end, the top 3 were within a tenth of a second. The third practice session was tough, we were far away in terms of performance. Accordingly, we managed to secure positions this afternoon Fought well back two and three, I’m happy that Valtteri put in a strong lap as he has had some difficult weeks behind him and we’re all happy that Lewis is back in the car to show what he’s best on the track After a ten-day break, his performance was impressive. Both drivers are at the front: This gives us a few options in terms of strategy and the chance to put Max under pressure at the top. Now we’re looking forward to an exciting season finale in which we will do everything we can to end the year with a sense of achievement. ”

Rewe: Customer makes an embarrassing discovery – the supermarket is noticeably...

New risks on the stock market: Gamestop could be the “patient...

Berlin & Brandenburg: Berlin for real estate registers as a means...