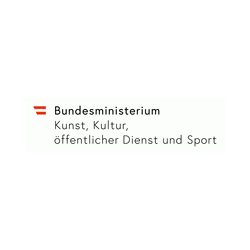 Vienna (OTS) – State Secretary for Art and Culture Andrea Mayer congratulates film director Jessica Hausner and camerawoman Gabriella Reisinger on being professors at the Institute for Film and Television at the University of Music and Performing Arts.

“The appointment of Jessica Hausner and Gabriella Reisinger is good news. Both of you are figureheads of modern Austrian film. This important step opens up good prospects for the future of the Film Academy, ”said the State Secretary in an initial reaction. “Jessica Hausner and Gabriella Reisinger have many years of experience in filmmaking, theoretical expertise and great commitment to young talent. Direction and camera are key disciplines in film design. Her appointment is intended to give more and more young women even more courage to head for these central film professions. I warmly congratulate the neo-professors, ”added Mayer.

Where vaccination takes place quickly and where it is slow

New version of “The Godfather III”: No forgiveness, nowhere Driving schools in MV may reopen with restrictions | NDR.de...

Germany is testing what has proven itself in Ireland