The Vienna Stock Exchange should start the last week of 2020 with profits. Both the Brexit trade pact concluded between the European Union and the United Kingdom and the $ 900 billion US stimulus package signed by US President Donald Trump are likely to have provided support. On Monday morning, an indication on the domestic leading index ATX trended 0.80 percent higher at 2,759 units.

With regard to the Corona issue, however, the Commerzbank experts were critical: “In Germany, the situation did not ease during Christmas week. The decline in reported new infections is solely due to the reduced scope of tests. The number of Corona treated intensively in German hospitals -Patient has continued to rise. ” The emerging vaccine shortage could delay a return to normal.

On Wednesday, December 23, the ATX closed 1.09 percent higher at 2,737.12 points. Above all, the hopes of a post-Brexit trade pact between the European Union and the United Kingdom, which had recently come true, had given wings. The share certificates of Do & Co posted the strongest price increases on the last trading day before Christmas. Porr was also in high demand.

The biggest winners in the prime market on Wednesday:

The biggest losers in the prime market on Wednesday:

Loosen or tighten? Government will advise on the corona situation...

Mercedes EQA in the test: calm down, now!

Kevin Schwantz: You have to pay attention to Morbidelli / MotoGP

Corona crisis: every fifth company is threatened with existence – Ifo... 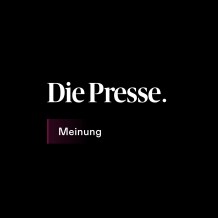 Corona: fatal truth about the dead! Researchers at the University...