What is the probability that the mutation is already in Germany?

Corinna Pietsch: Since the new Sars-CoV-2 variant has been present in Great Britain since at least the end of September and several individual cases are now known from other European countries, it can be assumed that the virus is already in Germany. Nevertheless, it is good that measures such as travel restrictions are now being taken – at least until the exact characteristics of the virus variant have been clarified – in order to curb their further entry.

How dangerous is the coronavirus mutation discovered in the UK?

The virus variant is noticeable because it carries several changes in the genome and is also found in increasing numbers in Great Britain. However, it has not yet been clarified whether the observed mutations are actually responsible for the increased occurrence in the sense of increased transferability. This could also be caused by particularly favorable transmission opportunities (lack of containment measures, super-spreading events, etc.). So far there are no indications that the virus variant can cause more serious illnesses.

How effective are the various vaccine candidates against the virus mutation?

According to the current state of knowledge, it cannot be assumed that the effectiveness is impaired. It is true that the observed mutations also influence the area of ​​the binding site of the so-called spike protein of the virus to its target cell. With the current vaccines, however, the immune system is presented with the complete spike protein. Thus, many different antibodies and immune cells against SARS-CoV-2 are formed, which should reliably recognize the non-changed regions of the coronavirus.

Criticism of the resolutions of the federal and state governments 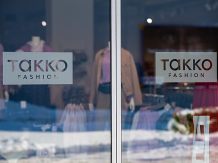