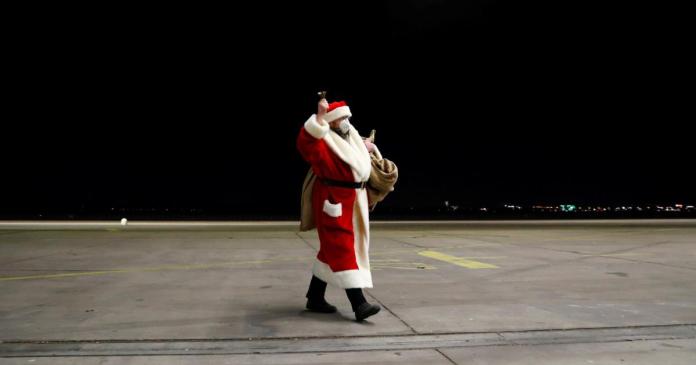 The Italian authorities want to act hard to comply with the anti-Covid bills over the Christmas holidays. Interior Minister Luciana Lamorgese announced on Saturday in an interview with the TV channel “Sky” that 70,000 security guards will be deployed between Christmas and New Year. Among other things, they should check that the restrictions on freedom of travel that apply between December 21 and January 6 are observed.

Borders, airports and train stations should also be strictly controlled, said the minister. For travelers from abroad, a ten-day quarantine obligation will apply from December 20, according to a new regulation of the Italian government that came into force on Friday. Italians returning from abroad also have to undergo quarantine.

The government issued strict travel restrictions for the days between December 21st and January 6th. Travel between the regions is prohibited, except in a very few exceptional cases. On December 25th, 26th and 31st as well as on January 1st you are not allowed to leave your own community.

“After the negative experience in the summer, we have to make sure that there is no third wave of epidemics,” warned Lamorgese. Health Minister Roberto Speranza considers the tough course to be necessary. “We cannot allow the number of corona deaths to rise again,” said the minister. The goal of the government is to achieve herd immunity with a massive vaccination campaign from January. However, the government will not introduce mandatory vaccination.

After the number of people who died in 24 hours from or with Covid-19 in Italy reached a record high of 993 fatalities on Thursday, the number of deaths fell for the second time in a row on Saturday. 662 people died on Saturday, 814 on Friday. Thus, the death toll since the pandemic began on February 20 has risen to 59,514.

Buy PS5: Is the console bundle from Sparstrom worth it?

Foods with the most vitamin K

Before the New Year’s event: Wellinger ticks off the Four Hills...

Economy in Eurozone on a downward course