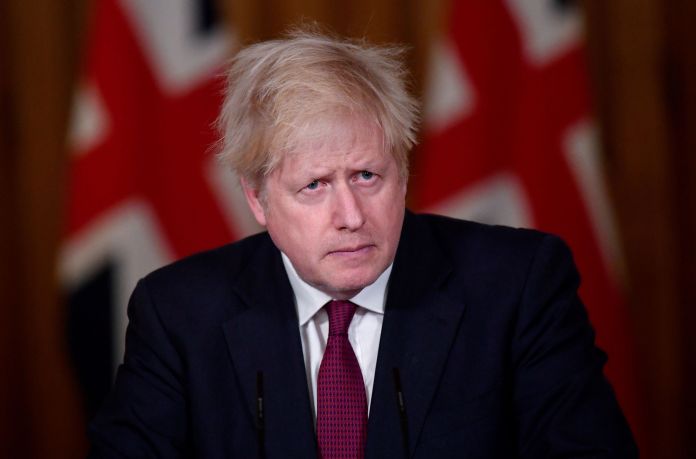 For fear of a new mutation in the corona virus, millions of Brits will have to stay at home for Christmas.

Due to the rapid spread of a new variant of the coronavirus in Great Britain, the government has imposed a new lockdown on the capital London. The recently discovered variant VUI2020 / 12/01 is up to 70 percent more contagious than the previously known form, Prime Minister Boris Johnson told journalists in London on Saturday.

The top scientific government advisor Patrick Vallance emphasized that in December 60 percent of the new infections in London affected the new variant. “It is spreading rapidly and is about to become the dominant line,” he said.

“If the virus changes its method of attack, we have to change our method of defense,” postulated Johnson: “Without these measures, the signs suggest, the number of infections will skyrocket, hospitals would be overwhelmed and thousands more people will lose their lives. “

Christmas with family is canceled for millions, …

This is now having a massive impact on the lives of millions of citizens. The government has significantly tightened the corona rules, and a lockdown has been imposed in the capital London. The highest corona warning level on the now four-part scale was also issued in some regions in the southeast.

As in this country, the house can only be left for urgent reasons, all non-essential facilities and shops have to close. Anyone living in a level 4 zone may not leave it under any circumstances.

The so-called “Christmas bubble” that was previously in force, in which up to three households were allowed to come together between December 23 and 27, is no longer applicable in the high-risk areas. Outside of Zone 4, this option is limited to December 25th – this is when the British traditionally celebrate their Christmas party.

Even meeting relatives is no longer allowed for millions of people at Christmas. “We are sacrificing the opportunity to see our loved ones this Christmas so we have a better chance to protect their lives so that we can see them at Christmas in the future,” said the Prime Minister.

Majority in the Senate: Biden can probably rule – victory in...

Is the 15 kilometer movement rule still coming in Berlin after...

Covid-19 vaccination at the family doctor – “Small practices will not...

Eintracht with a draw in Freiburg