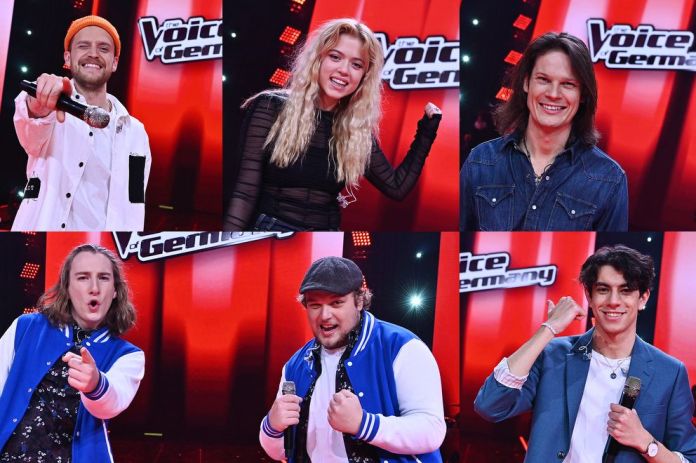 “The Voice of Germany” once again pulls out all the stops: In the final, the last candidates get support from international music greats.

The anniversary season of “The Voice of Germany” ends next Sunday. Of the many different artists, there are still five talents left who can hope to win the casting show one last time. For the upcoming final show, they have once again provided a strong cast of stars on stage. Most recently, the audience ratings for the show fell short of expectations.

Star power is supposed to bring victory to “Voice” finalists

>> The VOICE finalists at a glance <<

Mark Forster (37) puts the soul voice Joy Denalane (47) alongside his finalist Tosari Uduyana (19). The two “Voice” coaches Samu Haber (44) and Rea Garvey (47) come up with a very special star power: their protégé Paula Dalla Corte (19) joins Sarah Connor (40) and her new hit “Bye Bye” occur. Apart from that, the final program is particularly tightly packed: In addition to the star duets, the five finalists each sing a song with their coaches and have to convince with a third solo appearance. The public voting will decide between victory and defeat.

Initial talks with Bayern are already underway: Neuhaus would like to...

What lessons Germany can learn from the dispute

Daniela Alfinito: Pop star works as a nurse in a retirement...

High demand for Frequentis and AT&S