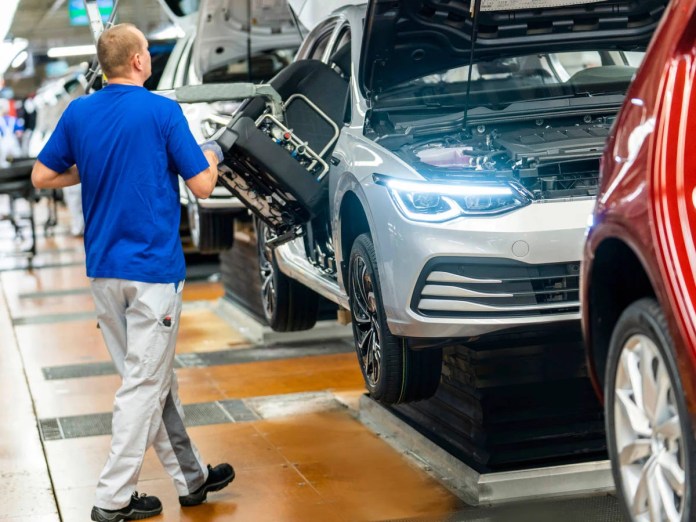 Big blow for the Volkswagen Group. A corona outbreak at an important supplier forces the automobile manufacturer to press the emergency button. Due to the lack of components, production at the main plant in Wolfsburg will soon be reduced and a large part of the workforce will be put on short-time work. Suppliers at the Braunschweig plant are also affected by the measure. The NDR also reports that effects can also be expected at the Emden plant.

As Volkswagen (VW) has now announced, production at the Wolfsburg plant will have to be shut down significantly for just under a week from Monday with the start of the night shift. The company cites a very short-term production downtime at a German supplier as the reason, caused by Covid-19 infections in the workforce and the resulting measures by the local authorities. It is not possible to take appropriate countermeasures quickly. Nevertheless, alternatives are being worked on in order to minimize the effects as much as possible, a statement from VW continues.

However, it is inevitable that a large number of vehicles will only start production later. Everything is done to be able to produce the cars as quickly as possible. The NDR reports, citing company circles, that the production of the VW Golf and the estate model Golf Variant are particularly affected by the current difficulties in production. Bottlenecks threaten especially in foam parts and components for seats, writes the “Nordwest-Zeitung”.

Volkswagen will send affected employees on short-time work from Monday. The company management and the works council have already agreed on this. Volkswagen did not disclose how many employees are affected in detail. According to the “Nordwest-Zeitung” it could be a high four-digit to almost five-digit number of VW employees.

Sophia Thomalla: In a touch of nothing, she makes her fans...

Disguised as “grannies”: women want to obtain vaccinations by stealth

Coronavirus in Germany and the world: vaccine arrives in federal states...