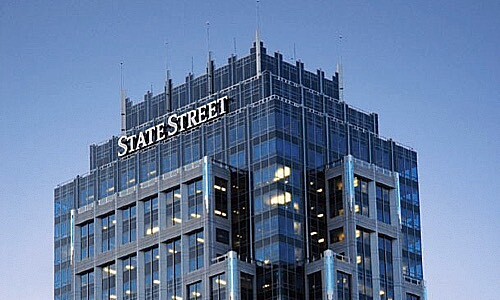 There has been constant speculation about UBS’s fund business. Now the major Swiss bank is apparently in concrete talks in the USA.

UBS and the American financial giant State Street are discussing a merger of their two fund divisions. This was reported by the usually well-informed US financial paper “Wall Street Journal” (Item paid) with reference to anonymous sources. UBS did not comment on the report.

Accordingly, the major Swiss bank and the world’s second largest provider of index funds started talks at the beginning of the year. Last summer, the parties were just about to reach an agreement, the report said.

Move up among the giants

The American finance house, which also operates a bank and is the market leader in custody of securities, could not buy the UBS unit. At the end of 2019, for example, US broker Charles Schwab paid $ 22 billion for the takeover of local competitor TD Ameritrade. That is why the Americans are looking for an alliance; this in order to move up among the very big ones in the profession.

The State Street Global Advisors fund division manages around 3,000 billion dollars, compared with the 7,800 billion of the largest asset manager Blackrock and the US competitor Vanguard with around 6,300 billion dollars.

Most recently, the major Swiss bank administered around 980 billion dollars in asset management and was able to increase its pre-tax profit in the last third quarter by 42 percent to 191 million dollars.

A union among Swiss?

In addition to a broad spectrum of core investments, UBS has a large business with exchange-traded index funds (ETF) by European standards. The institute is also promoting alternative investments, for example recently with a collaboration with Zug-based asset manager Partners Group in the private market area. In terms of the premier league of global asset management, the Swiss are also lacking in absolute size.

Recently, therefore, speculation was also about a merger with the fund division of the Swiss arch rival Credit Suisse (CS). With currently CHF 439 billion in assets under management, CS Asset Management is again significantly smaller and is in the process of a “strategic review”. The CS will inform about the result tomorrow, Tuesday, how finews.ch reported.

If the reports in the “Journal” are up, then this could possibly convince the strategists at the second largest Swiss bank to make a move quickly.

Threatened with a knife: attack on rabbi in Vienna – Briefly...

Sentix economic indicator at its highest level in almost a year...

Alitalia’s successor wants to take off with 52 aircraft