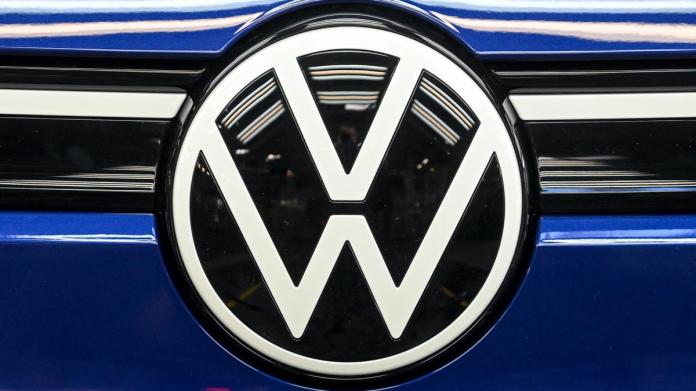 IIn the Volkswagen Group, the power struggle between CEO Herbert Diess and Works Council Chairman Bernd Osterloh has flared up again. Allegedly, the CEO has requested an early extension of his contract from the Supervisory Board – as a vote of confidence and commitment to his course. As early as the spring, he was thrown off the control committee with this demand.

It should turn out similarly next week when the Supervisory Board meets for its last ordinary meeting this year. The Presidium of the Supervisory Board will already meet this Tuesday. An extension of the executive board contract, which runs until 2023, is not on the agenda in either of the meetings. “The supervisory board cannot be put under pressure,” it says from those around the committee.

The dispute mainly revolves around the filling of two posts on the board and the future structure of the board. On the one hand, the company is looking for a successor to Chief Purchasing Officer Stefan Sommer, who resigned in June; on the other hand, CFO Frank Witter will resign in June 2021 after having extended his contract by one year at the request of the Supervisory Board.

There is bitter struggle in the background for personal details, there has already been talk of a “package solution” – and that Diess cannot assert himself with his wishes. Audi CFO Arno Antlitz is said to be his candidate for the finance post, but the works council rejects him as a member of the board. According to the Reuters news agency, Murat Aksel is under discussion for the procurement position; he is currently the head of procurement at the VW brand.

There is also talk of a new layout for the executive board. For years, for example, employees have been demanding a separate IT manager. The women’s quota also plays a role: there is currently only one woman on the board, Hiltrud Werner, who is responsible for “Integrity and Law”. The last week the dispute was made public in the “FAZ”. There was talk of a “fight for Wolfsburg” between Diess and works council chief Bernd Osterloh.

Osterloh responded to the article with a cool demonstration of power: On LinkedIn he published a photo of himself on a bar stool with the newspaper in hand, in the middle of the “Südstrasse” on the Wolfsburg factory site – in the background the brand tower where Diess and his board of directors were sit. In the text, Osterloh wrote that no supervisory board had yet dealt with the issue of personal details. “I don’t know this argument.”

It is true that the committee could also strengthen the position of CEO ahead of time. Only it will hardly do that. Works council chief Osterloh has to face a re-election in the workforce in 2022, the lists for the election will be drawn up next summer.

Employees also have a solid position of power when filling individual board positions. In the presidium of the supervisory board, responsible for the “long-term succession planning for the executive board”, it is five to three for them: In addition to four trade unionists, Lower Saxony’s Prime Minister Stephan Weil (SPD) sits there, who always seeks close ties with the employees. For the family owners, Hans Michel Piëch and Wolfgang Porsche are there, as well as chairman Hans Dieter Pötsch.

In addition to the management team for the coming years, the conflict is about fundamentals. Diess made this clear on Sunday in a post on LinkedIn, in which he formulated a kind of basic program and drew an interim balance sheet of his five years at VW so far.

“When I took office in Wolfsburg, I firmly resolved to change the VW system. That means: breaking up old, encrusted structures and making the company more agile and modern, ”wrote the CEO. “Together with many companions with the same level of motivation, I succeeded in doing this in many places, not in some, especially not yet at our corporate headquarters in Wolfsburg.”

He has now “adapted his management style for Wolfsburg. Experienced managers who are familiar with the Wolfsburg system now take on more responsibility. “

An example of how the “Wolfsburg system” ticks could be seen two days earlier. The works council had invited to a ceremony to mark the 75th anniversary of the introduction of employee participation at VW. Personnel manager Gunnar Kilian, the former general secretary of the group works council, was the only representative of the board of directors.

In speeches, ex-Federal Chancellor Gerhard Schröder, Prime Minister Weil and high-ranking trade unionists praised the unusually powerful position of the state and works council in the group, enshrined in the VW law. You have contributed to the success of the company; In fact, VW is currently doing better economically than many other companies in the industry.

On the occasion, Osterloh made it clear what he expects from managers in his group: “To deal with conflicts cooperatively, that should continue to be our aim,” he said. “The willingness to do so is quite simply a question of culture. And the longer you are socialized at VW, the easier it becomes. “

Does that also apply to Diess? In any case, the chief executive affirmed that with his “occasionally confrontational manner – addressing and addressing grievances and needs for action” – he has changed a lot in his professional career and has achieved good results.

Even in the written greeting for the works council anniversary, he couldn’t help but get into a confrontation. After praising the important “course set by the works council to secure the future of their respective locations”, he formulated a clear demand: “Increases in efficiency are necessary and should not be underestimated for the continued existence of companies, as many examples have repeatedly shown. Here at Volkswagen we still have some catching up to do. “

He did not put this demand into practice any more specifically. Ultimately, the dispute is about the power structures in Wolfsburg and not about strategic or content-related issues. Unlike at Daimler or Continental, for example, the downsizing and transformation to electromobility at Volkswagen have been going on for years without major conflicts between management and employees.

Jobs are being cut at VW on the basis of the future pact concluded in 2016; tens of thousands of jobs will be vacant – and no longer filled – primarily through partial retirement. Both sides also agree in principle when it comes to switching to electromobility and investing billions in IT.

Now, according to Diess’ ideas, Volkswagen is to transform itself into a digital company “that operates millions of mobility devices worldwide reliably, always stays in contact with customers and improves services, comfort of the vehicles and their safety on a weekly basis, better every day”.

He described the way there with a management method that he used to negotiate plans for the coming years in large events with many executives. In this context, for example, the idea of ​​the modular electrical construction kit (MEB) was born, on the basis of which the new fleet of electric cars from all group brands is now being built.

The description can be read as a clear contrast to the usual Wolfsburg custom of preparing decisions in the back room and then announcing them. It is questionable that Diess can assert itself against the existing VW structures with such an approach. In any case, the disputes do not go down well on the capital market. Since last Wednesday, the VW share has lost nine percent of its value.

Elvis Presley on his 86th birthday: from outsider to icon of...

All 14 celebrity candidates of the new season at a glance

Board without a mask: Wimpassing: infected with Covid-19 at the meeting