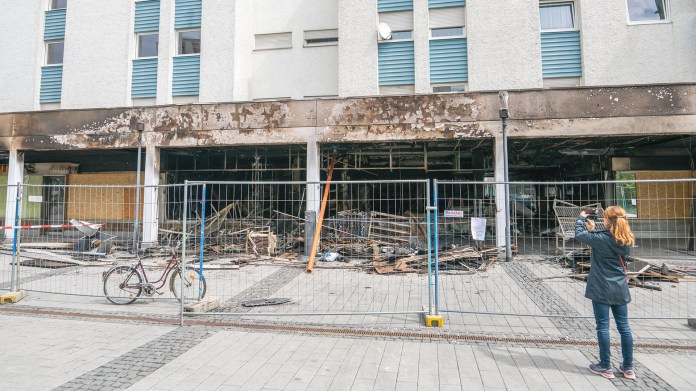 In the spring, attacks on Turkish shops startled the Bavarian Waldkraiburg – and much worse could have happened. Now the trial against the alleged perpetrator is getting closer.

The federal prosecutor’s office has brought charges against a man who, among other things, is charged with a serious arson attack on a Turkish grocery store in Waldkraiburg in Upper Bavaria. He is said to have acted out of hatred of Turkey and all people of Turkish origin.

The Federal Prosecutor announced that he was accused of attempted murder in 31 cases, serious arson and the preparation of a serious act of violence that could endanger the state. The trial is to take place at the Munich Higher Regional Court. The indictment has yet to be approved there.

The German of Kurdish descent was caught on May 8 after a series of attacks in Waldkraiburg. Shops or restaurants owned by owners of Turkish origin in the town had been attacked with a foul-smelling liquid or incendiary devices over the course of several nights.

When he was arrested, the then 25-year-old had ten pipe bombs and several kilograms of explosives with him. More of them were found in searches. According to his own statements, the man wanted to attack several mosques of the Islamic association Ditib in the region, then the Turkish consulate general in Munich and finally the Ditib central mosque in Cologne.

On May 19, the Federal Prosecutor took over the investigation. The investigators believe the man, who made a detailed confession, to be a supporter of the terrorist organization Islamic State (IS). According to the indictment, he went through a process of religious radicalization since 2017.

He is said to have developed his hatred of the Turkish state because of its role in the Syrian war and its dealings with certain preachers. The attacks should have caused “a spiral of violence and counter-violence,” the statement said.

This also shows that the man had already produced more than 45 kilograms of explosives and 23 almost ready-to-use pipe bombs in 2017 and has since kept them in one of his vehicles. He is said to have ordered the chemicals he needed – around 140 kilograms – via mail order and stolen them from his employer.

He also had a gun with which he was going to shoot the imams. The allegation of attempted murder arises from the fact that an attacked fruit and vegetable shop was located in an apartment building. Fortunately, several residents noticed the fire in the middle of the night. The Federal Prosecutor’s Office assumes that there were no fatalities for this reason alone.

Another time, the man reportedly set fire to a waste paper bin in front of a family home after a failed attack on a mosque in Waldkraiburg. Here the fire had gone out again by itself.

The Federal Court of Justice (BGH) published a ruling last week from which it emerges that an expert judges that the man is only partially guilty according to a preliminary assessment. He had schizophrenia with paranoid features and he had consumed a lot of alcohol and drugs.

The BGH judges, who had ordered the continuation of the pre-trial detention, had come to the conclusion that he would face a “sensitive total imprisonment” despite possible mitigation of the sentence.

Trump: Covid vaccine will be delivered from next week