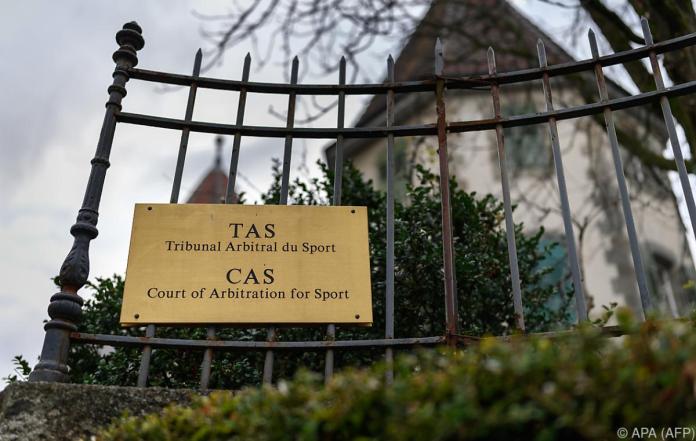 The wave of anger over the halved sentence for Russia’s doping fraud is putting the sports judges and the IOC in a mess. Athletes’ associations and leading doping hunters castigated the mild judgment as a judicial error and called for reforms in the fight against manipulation. The CAS slogan marks “another dark day for clean sport”, the sports alliance “Global Athlete” railed.

According to the CAS, Russia is not allowed to compete with its own team at the Olympics in Tokyo in 2021 and in Beijing in 2022 and the 2022 World Cup in Qatar, its flag must not be hoisted, its anthem cannot be played. The IOC said in a tight-lipped manner that the verdict will be “carefully examined”. FIFA followed suit on Friday.

The top US doping investigator Travis Tygart has long since come to an assessment of the Solomonic arbitration award. This is a “catastrophic blow for clean athletes, the integrity of sport and the rule of law,” said the head of the American anti-doping agency USADA. The world agency WADA and the IOC had “once again put politics above principle” when dealing with the Russia case, grumbled Tygart.

Because the CAS initially did not publish its 186-page reasons for the judgment, critics again accused the body of a lack of transparency. But the judge’s verdict, summarized on five pages, opened a number of loopholes for Russia. The powerful US Olympic and Paralympic Committee expressed its disappointment with “elements of the judgment that significantly weaken these sanctions”.

Russian athletes are allowed to start as neutral athletes in the Olympics and World Championships if they are not suspected of doping. The burden of proof was reversed: It is not the athletes who have to prove that they were not involved in the doping system, but WADA. “That is perhaps our most important victory”, wrote the newspaper “Sport-Express”.

Officials and government representatives of Russia are allowed to sit in the stands despite the two-year ban if they are officially invited by the respective hosts. Although the country is not allowed to host world sporting events for two years, the European Football Championship games in St. Petersburg and the Formula 1 race in Sochi are not covered by this regulation and may take place. And Russian flags can continue to fly in the stands at the Olympics.

“When Russians are on the top step of the podium, everyone will know that they are Russian. And many athletes will probably sing the anthem,” the Russian news agency Tass quoted the synchronized swimming coach Tatiana Pokrovskaya as saying. The interim head of the national anti-doping agency RUSADA, Mikhail Buchanov, spoke of a “victory for Russia”.

The attorney for key witness Grigory Rodschenkow, who helped start the affair, sees the judgment as proof that the anti-doping system protects countries more than athletes. “I don’t see how that in any way prevents other countries from participating in this type of fraud,” said lawyer Jim Walden.

A number of athletes’ associations and national anti-doping agencies see their call for new structures at WADA and CAS encouraged. They want more say for independent athletes, a clearer separation between the IOC, associations and sports justice as well as the anchoring of athletes’ fundamental rights in the guidelines for the work of WADA.

“The institutions charged with observing the principles of fairness and integrity in sport are demonstrably compromised and incapable of making a principled decision at any time,” stated the “Global Athlete” association.

39-year-old was jealous of his ex-girlfriend

Spotify announces hi-fi subscription and launch in more than 80 new...

Barca coach Koeman: “The championship will be difficult”

Entry restrictions within the EU are possible