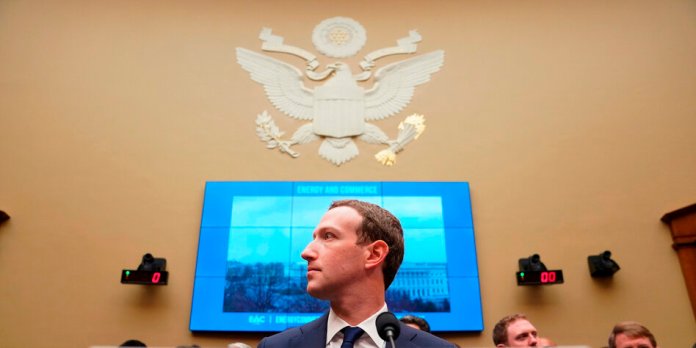 The US government and almost all states are taking legal action against Facebook. The accusation: the group created illegal monopolies.

Now back in the sights of the US authorities: Facebook boss Zuckerberg at a hearing in April 2018 Photo: AP

WASHINGTON dpa | The US government and 48 states are suing Facebook on allegations of unfair competition. The Federal Trade Commission (FTC) and a non-partisan alliance of states led by New York Justice Minister Letitia James accused the group in their respective lawsuits on Wednesday of illegally building a monopoly. Among other things, the takeover of the photo service Instagram in 2012 and the chat service WhatsApp in 2014 are denounced. Facebook rejected the criticism.

The FTC accuses Facebook of having pursued a “systematic strategy” through such acquisitions to eliminate threats to its own monopoly. The lawsuit proposes a possible measure to force Facebook to sell individual business units. In recent years, the group has brought together the technical infrastructure behind the platform of its online network as well as Instagram and WhatsApp. That would make a split technically more difficult.

New York Attorney General James said: “Facebook has used its monopoly power to crush smaller rivals and wipe out competition, all at the expense of everyday users.” The lawsuit should send a clear message to Facebook and other companies: that attempts to stifle competition To hinder innovation or curtail privacy protection would be pursued with all might.

In a statement from Facebook legal counsel Jennifer Newstead, it said: “Antitrust laws exist to protect consumers and encourage innovation, not to punish successful businesses.” Facebook has invested billions of dollars to make Instagram and WhatsApp the products that they are today. Newstead pointed out that the FTC itself had once approved the takeovers. The lawsuit now sends out the signal “that no purchase is ever final”.

For a long time only very loosely regulated

For a long time, online heavyweights were only very loosely regulated in their home market, the USA. Recently, however, the mood changed. In October, the government and eleven states targeted Internet giant Google with a competition lawsuit. The allegation is that Google protects its dominant position in Internet search and the associated advertising in an illegal manner. The company rejected this. Legal experts doubt that the lawsuit will succeed. Among other things, it has to prove that US consumers are harmed by anti-competitive behavior by Google.

Facebook bought Instagram for around $ 1 billion and WhatsApp for about $ 22 billion. At the time, the takeovers did not trigger any objection from regulators in the USA – even if critics argued that Facebook had thereby incorporated competitors who could have become dangerous.

The online network counters that both services could have reached their current size, each with well over one billion users, not least thanks to the technical platform of Facebook. In addition, there is still a lot of competition. Facebook founder and boss Mark Zuckerberg had also tried to buy the Snapchat photo app. However, their founders rejected the offer.

The EU Commission had also approved the WhatsApp takeover. In Europe, however, Facebook later had to pay a fine because the company had made misleading information. When the takeover was announced, it was said that it was technically not possible to merge user data. But later Facebook found a way.

What is allowed at Christmas – SWR Aktuell

Eugenie von York & Jack Brooksbank: Are you raising your baby...

Serious damage after earthquake in Greece