Bremen – Bad news for SV Werder Bremen and Davie Selke (25): The striker is injured for the Bundesliga game against RB Leipzig (Saturday, 15.30).

“Davie won’t play tomorrow, he has problems with his thigh,” said Florian Kohfeldt on Friday at the video press conference before the Bremen away game RB Leipzig above Davie Selke. The head coach of the SV Werder Bremen further: “It can withstand the general loads, but it always has a problem with the pass movement. We can’t yet define that and we have yet to figure out what exactly it is. We are in the process of doing further investigations, but the fact is that unfortunately he will not be able to play tomorrow. “

Hurt again! Werder Bremen will have to do without Davie Selke against RB Leipzig

The SV Werder Bremen has to do without three important strikers in Leipzig. Next Davie Selke, who “would very likely have started against Leipzig” (Kohfeldt), are also missing Milot Rashica (Tendon injury in the thigh) and Niclas filling jug (Calf injury). “Abundance will be back on the pitch today, but not with the team. I can’t say when he’ll be back, ”said Kohfeldt. All other players are ready for action: “Milos Veljkovic (adductor complaints, d. Ed.) Will be there, Maxi Eggestein will definitely be there, it was more about a little rest.” Kohfeldt concluded: “It is the case that those mentioned Strikers are not available. But there is a breadth of the squad and we will have an idea against Leipzig. ”(Tst) Also interesting: You can watch Werder Bremen’s Bundesliga game against RB Leipzig live on TV and in the live stream. And: This is what Werder Bremen’s starting line-up against RB Leipzig could look like.

Even if the picture got hooked here and there and the sound arrived with a slight offset – the typical pitfalls of the video conference – Davie Selke’s good mood was clearly noticeable on Thursday afternoon. During an online media round, the 25-year-old laughed a lot, was open-minded and quick-witted. “I feel good,” said the striker, who scored against VfB Stuttgart on Sunday and now wants to become a regular player and top performer in the third attempt since moving from Hertha BSC to Werder Bremen last winter.

Selke’s sentence “I’m ready for the starting line-up”, pronounced with a view to the upcoming game at RB Leipzig (Saturday, 3.30 p.m., DeichStube-Liveticker), emphasized this emphatically. Then there was training in the afternoon – and suddenly this third attempt had become a very shaky one. After about half an hour I had to Davie Selke cancel the non-public unit prematurely. Werder Bremen later gave thigh problems as the reason for this and announced that it will not be decided until Friday whether Selke will be able to play at his ex-club Leipzig the next day. Should the striker fail again, it would be enormously bitter for him – after all, he had only just recovered from what he calls a “very complex injury”.

Was at the end of October Davie Selke with groin problems, that was the official justification of the club at the time, was canceled and had missed four match days. In the media round on Thursday, he said: “The hip, the groin and the thigh were also affected a little. Basically the entire left area. ”He still had to put in a lot of extra effort so that he could play football without complaints. Most recently, the work had paid off in the form of short deployments against Wolfsburg and Stuttgart. On Thursday, it was no longer possible to find out whether Selke’s new wound on the thigh is related to the old injury.

One thing is certain: After a disappointing second half of the previous season, in which Selke had no goal in the Bundesliga and only scored once in the DFB Cup, the striker had big plans for the current series. In the summer he worked with a personal trainer on the Greek island of Rhodes in order to be as prepared as possible for the actual preparation Werder Bremen to start. A plan that initially worked: Selke scored goals in the test matches, was in the starting line-up against his ex-club Hertha on matchday one, scored the only goal in Bremen at 1: 4 – and still didn’t start playing after that. To this day he cannot understand that. “If you have to go out as a striker even though you’ve scored a goal, you can’t quite understand it,” said Selke on Thursday.

On the second matchday at Schalke, he had to watch how storm rival Niclas Füllkrug scored three goals. “If the striker who comes in for you delivers such a gala, there is not much to discuss afterwards,” says Selke. The filling jug was set from now on, he was only back-up and a little later as well as the filling jug injured. “That was annoying. I would definitely have gotten my playing time, ”said Davie Selke looking back – without being able to know that this sentence may be more topical than ever. Finally, Füllkrug with calf problems still fails, and Selke had just submitted a nice application for a job in Leipzig to the coach against Stuttgart (Kohfeldt: “Gladly more of it!”) Before the thigh complaints surfaced on Thursday afternoon. Selke had previously described himself as “fully on target” in terms of sport.

If everything goes well for attackers, breaking off the unit was just a precautionary measure, then not much would have happened and after the messed up second half of the season and losing regular positions at the start of the season, he could make his third attempt since switching from Hertha to Werder Bremen continue. Of course, the striker also knows that there are great expectations attached to him, which is due on the one hand to his prominent name, but also to the following figure: ten million euros. A transfer in this already for Bremen conditions and even more astronomical during a pandemic, Werder, if the club does not relegate, must transfer the player to the Berliners in the coming summer. Of course, many Selke gates would not lower the price fixed in the loan agreement as a purchase obligation. But they could make him more bearable for the club. And Leipzig, where Selke was under contract from 2015 to 2017, would actually be a perfect place to continue scoring goals. Since 2016 Davie Selke scored six goals in twelve games against his ex-clubs in the Bundesliga … (dco)

Training canceled: Werder fears about Selke use in Leipzig

Bremen – With a goal against VfB Stuttgart, Davie Selke reported back quite impressively on Sunday after a longer forced break, but now it could be that the next injury will stop the 25-year-old. Selke’s use in the away game of SV Werder Bremen at RB Leipzig (Saturday, 3.30 p.m.) is on the brink.

On Thursday the attacker had to stop training after half an hour because of thigh problems and went back towards the cabin. Werder Bremen later announced that it will be decided on Friday whether Davie Selke available on the weekend or not.

Another failure would be extremely bitter for the striker without question. Finally had Davie Selke Already missed four games in the current season due to groin problems and actually wanted to take the next attempt to finally become a regular player and top performer at Werder Bremen.

Prince Harry & Duchess Meghan: finally out of the Royal Family!

Mercedes EQS with over 100 kWh battery 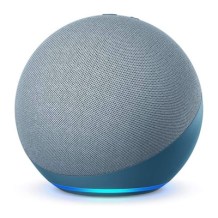 Stuttgart photographer creates a new reality: strolling through a photo –...