Constantin Schreiber joins the 20 o’clock “Tagesschau” team after saying goodbye to Jan Hofer. As he now reveals in an interview, he is fearless with a view of the challenge – with one exception.

The 41-year-old writer will be one of the speakers for the news program at 8 p.m. from next year, from which the long-time chief spokesman Jan Hofer will leave on Monday. In addition to Schreiber, Julia-Niharika Sen will join the 8 p.m. team in the future, who already spoke about the new challenge in an interview with t-online and said: “You need really strong nerves for the ‘Tagesschau'”.

Now Constantin Schreiber speaks up in an interview and explains that he is actually not afraid of anything – with one exception: He is afraid of hiccups during the news broadcast. But Schreiber is confident that he will get through the main news without any hiccups. A doctor once assured him that “the body suppresses the hiccups in a tense situation”.

“A mistake is not a total catastrophe”

He is less afraid of other mishaps that can happen during moderation. “If something goes wrong, it is not a total disaster.” Of course, he tries to avoid slip of the tongue and other mistakes. At the same time, this also fascinates the viewers: “Maybe that’s why videos with errors on the Internet have such high access rates.”

Schreiber has been working for ARD-aktuell since 2017, where he can be seen in “Nachtmagazin” and in other editions of “Tagesschau”. When asked whether the moderation of the 8 pm “Tagesschau” was a childhood dream come true, he says no – but not because he did not want to moderate the show. He simply “never thought it possible to land there”.

Because the “Tagesschau” reaches an incomparable number of people, despite the digital change. However, this also means that he is subject to “social control beyond the studio”: Some people give him feedback on the street or want to take a photo together.

Schreiber has often been surprised in the past that his viewers recognize him in everyday life: “I always think: The person in a suit, properly coiffed, looks very different from me in everyday life.” He doesn’t wear a suit or tie, says Schreiber and admits: “My hair doesn’t always fit as perfectly as it does on TV.” It is still unclear when Schreiber will be seen for the first time in the 8pm “Tagesschau”.

MARKETS USA / Wall Street expected to be slightly in the...

Paper: Bundestag should have decided on the vaccination sequence | ... 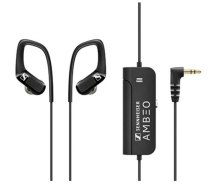