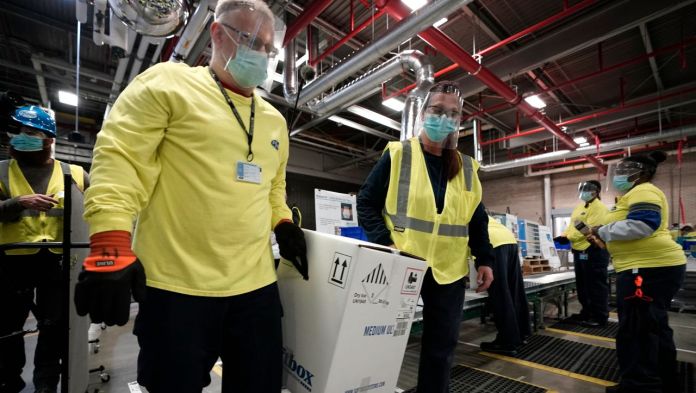 The situation can be surprising: the vaccine against the novel coronavirus from Biontech and Pfizer, which was also developed in Germany, is already being administered in Great Britain and now in the USA and other countries – but in the EU and therefore also in Germany Not. According to statements by those responsible, approval at European level is rather not expected until the end of December – while people continue to die from corona infections every day. Are the EU approval mills grinding too slowly?
Federal Minister of Health Jens Spahn According to (40, CDU), the issue is also about the trust of citizens in the European Union’s ability to act. That was what Spahn said on Sunday, according to participants in the Chancellor’s conference call Angela Merkel (66, CDU) with the Prime Minister about the tough contact restrictions over Christmas and the New Year. The federal and state governments will be ready for vaccination in the area from December 15.

In addition, the first vaccination doses are ready for delivery and could be vaccinated immediately after approval, said Spahn after this information. He was quoted as saying, “Every day we can start earlier reduces suffering.” The EU had successfully advanced vaccine development and jointly secured vaccine doses. Now all the necessary data are available, Great Britain and the USA have already granted approvals. In Germany, too, “a national procedure would undoubtedly be very quick,” said Spahn.

In addition, only small quantities of the vaccine from Biontech and Pfizer are apparently initially available for Germany. According to the current status, Germany should only receive up to four million vaccine doses from the two companies by the end of next month, reports SPIEGEL. The reason should have been production problems.

The drug from the Mainz-based pharmaceutical company Biontech and its US partner Pfizer was the first corona vaccine to receive emergency approval in the USA. The vaccine can now be used in people aged 16 and over, said the US FDA. The responsible committee of the CDC health authority also voted in favor of recommending the vaccination.

Now a total of more than 500 corona deaths in Berlin

Waitresses and cleaning women – misery prostitution in Mallorca because of...

The new truth in Formula 1: Mercedes is running out of...