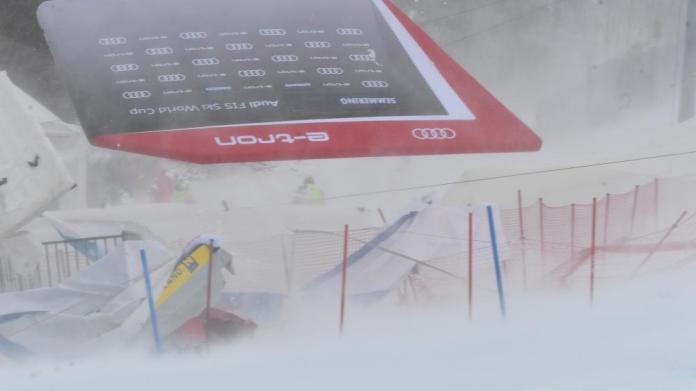 A tarpaulin flies through the air: The target area has been completely devastated. © APA / EXPA / ERICH SPIESS

The women’s giant slalom at Semmering had to be canceled on Monday after the first round. The reason for this was a partly stormy wind, which even resulted in an evacuation.

Part one of the Ski World Cup on Semmering was blown by the wind. The women’s giant slalom had to be stopped on Monday during a half-time lead by the Slovak Petra Vlhova due to strong gusts of wind shortly before the start of the second round for safety reasons (SportNews reported). The storm was so strong that even pieces of wood and iron flew through the air in the target area. The race can no longer be continued or added at Semmering. It will take place at a later point in the season.

At Semmering, the focus was now on the clean-up work to secure the night slalom on Tuesday. The first round starts at 3:15 p.m. “The wind was over 100 km / h today, but it gets weaker during the night,” said FIS Race Director Peter Gerdol. “We will need the whole morning tomorrow to rebuild the finish area.” The giant slalom will be made up later in the season.

In the first run the wind was still within limits, but before the decision began, it took on stormy trains. On the runway, the gusts not only bent the gates to the ground, they soon tore down advertising material and the target banner in the finish area, and even iron structures fell over and were broken. Parts of the wood from a neighboring house were torn down and thrown through the air.

The target area had to be evacuated

“Unfortunately you couldn’t fight a storm of this magnitude, gusts of more than 110 km / h were measured on the mountain,” said OC boss Franz Steiner. In fact, the Semmering target area was devastated by the storm in a very short time and therefore quickly evacuated by numerous security personnel.Ex-racer Alexandra Meissnitzer admitted: “I’ve never experienced anything like this before.” The ORF expert had driven the route with the camera shortly before the demolition. “The slope was great. But then it dismantled the entire target area in a very short time. It would have been far too dangerous. “ 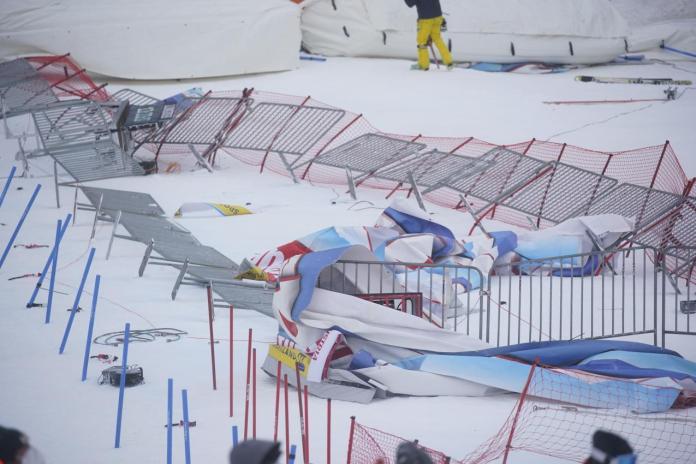 In the end, it was probably even very lucky that there are no spectators at Semmering this time due to Corona. To clear a target area filled with 10,000 spectators would have been much more difficult, and above all much more tedious.

Cheyenne Ochsenknecht on pregnancy: “It happened despite my gold spiral”

TUI share without vigor after renewed injection of funds

Events in Frankfurt: Fraport AG paves the way for “The Dome”

The police are looking for a missing ten-year-old – still no...