William and Kate were just on a three-day train journey and visited, among other things, Corona heroes within Great Britain. On this occasion, a royal expert shared her impressions of the royal couple heir to the throne.

During their royal tour of England, Scotland and Wales with nine stops, Duchess Kate and Prince William met numerous people who talked about how they dealt with the corona pandemic and the psychological consequences that the past year had for many. In addition, the two 38-year-olds met members of systemically relevant professions as well as other exceptional people in order to “put a spotlight on the incredible work”. On this more than 2,000-kilometer journey it became clear again how William and Kate have changed since the royal retreat of Prince Harry and Duchess Meghan in spring 2020, said the expert Angela Levin according to the “Daily Mail” to “TalkRadio”.

Levin said the two had been “much more relaxed” in the past few months. For example, it relates to a moment during the train journey: In Cardiff, Wales, a “Roast your own marshmallow” stand was set up for the couple. William and Kate didn’t have to be asked twice, so they took it. They would have laughed very relaxed and looked at each other lovingly. William always touched Kate on the back, and vice versa. Actually a rarity among the royals. Even so, Kate gave her husband amorous looks more often during the trip.

The Cambridges are “a team”

Angela Levin went on to say, “Kate moved on to music and they are very, very easy-going. I think since Harry and Meghan left there has been a big change, they feel more relaxed.” In her opinion, this new looseness of the two could have something to do with the fact that they are no longer constantly compared to the Sussexes. They are now more like “a team”, according to the expert. “You can feel that.”

At the end of the trip, William and Kate reached Windsor. There they met other members of the Royal Family. And listened to a band with Queen Elizabeth II and Prince Charles and Duchess Camilla, among others. You can see in our picture gallerywhat bizarre family photos were taken.

Further evidence of Corona variant in the hospital ward

27 advertisements after another CoV demo

Corona measures – “Switzerland has come through the crisis better than... 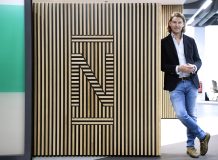