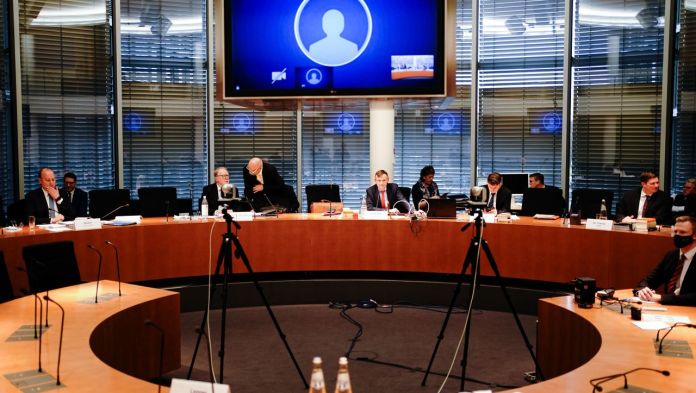 Ralf Bose, head of the Apas auditor oversight, is supposed to testify again on Tuesday afternoon in front of the Parliamentary Committee of Inquiry (PUA) to clarify the Wirecard scandal. But the man, who is currently exempted because of controversial business with Wirecard shares, wants to stay away from the survey according to SPIEGEL information due to illness.
In an email that Bose’s lawyer delivered to the PUA on Monday, it says: “With reference to the attached certificate, I inform you that Mr. Bose is unable to travel and negotiate due to illness and therefore cannot fulfill his duty to appear before the committee of inquiry . Unless you inform us to the contrary, we assume that Mr. Bose is thus released from his obligation to be present for tomorrow. “

“Rejected due to corona at the responsible health department”

But nothing could come of it – because Bose cannot provide the certificate requested by the head of the PUA secretariat. As his lawyer wrote in a second email to the PUA, Bose “took my advice (…) and tried to obtain an official medical certificate. However, he was rejected by the responsible health department due to the coronavirus.” The emails are available to SPIEGEL. It is currently still open whether Bose will appear in the PUA in the afternoon.

At the PUA meeting last week, Bose testified that it had privately traded Wirecard shares, while Apas, which he headed, scrutinized the work of Wirecard’s auditor EY. The responsible Federal Office for Economics and Export Control then announced that they had released Bose.

Bose bought Wirecard shares on April 28, 2020 – on the day when auditors from KPMG Wirecard certified catastrophic conditions in the group in a special report. On May 20, Bose sold its shares again, allegedly with losses. Apas is under criticism because it had only initiated formal proceedings against Wirecard auditor EY in summer 2020, although the allegations of fraud against the group had long been known.

FC Bayern and BVB in competition for real star?

This brown scrap heap is a car that was in the...

Anschober warns of “pandemic within a pandemic”

150 years after the founding of the empire: What remains of...