Berlin (dpa / bb) – The proliferation of accommodation for the homeless in Berlin is expected to end from 2021. The start of a new central database for accommodation is planned as a pilot project at the beginning of the year, announced Stefan Strauss, spokesman for the social administration for social affairs. The districts of Charlottenburg-Wilmersdorf and Mitte are the first to participate. After the test phase from summer onwards, the project is to be expanded to all of Berlin under the motto “People looking for a bed”.

The database should work in a similar way to a hotel booking system to which administrative staff have access. “The aim is to significantly improve the living conditions of homeless people in our city – regardless of their status or origin,” said Strauss. In addition to the search option for accommodation, the assignment of people and billing for costs should also be centralized. “An important criterion here is that the accommodation must meet uniform standards and quality features and that these must also be checked,” said Strauss.

So far, the districts are responsible for the accommodation. “The situation is confusing. There are neither uniform minimum standards nor uniform quality standards. That must change, especially in the interests of the people affected,” emphasized the spokesman.

Senator Elke Breitenbach (left) had announced a new concept for housing homeless people in summer 2018 with the database as the core topic. At that time, almost 37,000 people without permanent residence were housed in emergency shelters, including around 6,500 recognized asylum seekers. Breitenbach referred to forecasts according to which around 47,000 people will have to be housed in Berlin in the coming years without a permanent home.

In Berlin there was already a central switching system, the so-called Berlin accommodation control center (BUL). But this system no longer corresponds to the current security requirements and IT standards of the state of Berlin, according to Strauss. Important functions were also missing, such as the connection of the accommodation operators to the system. The new procedure also makes it easier to search for certain criteria such as “women’s corridors without men visiting”, “pet permits” or “family corridors”. “Retrofitting” the BUL would have been a completely new development, the spokesman said.

Sam & Max: The rest of the seasons will also receive...

iMac Pro: Why Apple is now discontinuing its noble computer 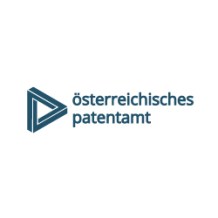 New SME funding: brands and designs at half the price