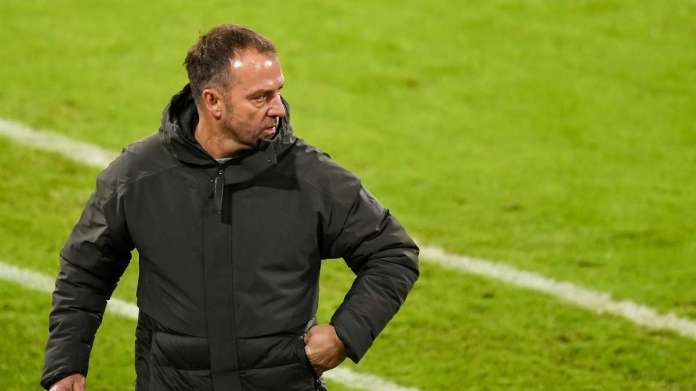 Robert Lewandowski will be crowned world footballer 2020. Bayern colleague Manuel Neuer is also cheering, coach Hansi Flick goes away empty-handed. This is due to a special FIFA rule.

Update from December 18, 9:40 a.m .: It was the biggest surprise FIFA-Gala. Not about triple trainers Hansi Flick, rather Jürgen Klopp was appointed world coach 2020. When he defended his title, the team manager of Liverpool FC played one Special regulation in the cards. Because in one Press release After the award ceremony, the association explained: “According to the award regulations, Klopp was named after a tight race with flick named the winner based on the votes of the national coaches. “

This indicates a tie between the two coaches. Because in the FIFA Regulations it says that in this case “the appropriate award to the player, coach or goalkeeper with the most five-point ratings by its own panel of judges“Will be awarded. Klopp is now the first trainer to do the Award for the second time cleared away. Before him, two compatriots, Jupp Heynckes and Joachim Löw, had already been appointed world coaches.

As the picture reported, lay Flick especially in the favor of the big European nations in front: about the captains voted Harry Kane (England), Giorgio Chiellini (Italy), Hugo Lloris (France) and Manuel Neuer (Germany) for the Bayern coach, among the national coaches chose him for example Gareth Southgate (England), Luis Enrique (Spain), Didier Deschamps (France) and Löw (Germany). Klopp however, received more support from overseas, especially the Commonwealth. The tabloid thinks it is possible that the “Reds” coach “benefited from its greater global recognition”. That cannot be dismissed out of hand.

Update, 9:40 p.m .: Robert Lewandowski she finally got the award for world Footballer of the Year. „Robert Lewandowski is the complete thoroughbred striker, a real leader and an extraordinary figurehead for our club, ”said FCB President Herbert Hainer about the choice of the 32-year-old attacker.

From the delivery of the Cup for the world footballer did the FC Bayern Munich and the world federation Fifa a secret until the end in the virtual ceremony. Because: Fifa-Boss Gianni Infantino, meanwhile switched on, was already on Säbener Strasse in Munich for the trophy in person Lewandowski to hand over.

But something went wrong: So the Swiss was switched on, moderator Reshmin Chowdhury and football legend Ruud Gullit wanted to talk to him – but the video call didn’t work. Infantino, who was holding a smartphone in his hand to dissolve the surprise, improvised and approached Lewandowski. “I can’t hear you guys, but I have a brilliant winner here,” said the mighty football president.

Lewandowski was so excited that he asked if he should answer in German or English. He did it in German and also dedicated his award to his Bayern colleagues.

“I feel very good, I am very proud. It’s a big day for me, my teammates and my club. This award also belongs to my colleagues and the coaching staff from Bayern Munich“Says he Bundesliga striker: “To be compared to Lionel Messi and Cristiano Ronaldo is special. It wasn’t an easy year, but we won everything that can be won. The Champions League victory against PSG was a special evening. No matter how long you work for success, you always have to believe in it. “

Update, 8.30 p.m .: The tension is further delayed. The world player of the year 2020 is now determined. It is the English woman Lucy Bronze from Manchester City.

Update, 8:05 p.m .: The Election for world footballer 2020 pulls. The Fifa-11 of the year has just been presented. Including: Alphonso Davies, Joshua Kimmich and Robert Lewandowski from FC Bayern Munich. Manuel Neuer is not there this time, instead of him the Brazilian Alisson (Liverpool FC) is in goal in the virtual team.

Update, 7.40 p.m.: Hansi Flick does not win the next title! The Coach of FC Bayern Munich is not that best coach in the world 2020. At least that was the result of the election of Fifa, which will be announced during the digital ceremony from Zurich this Thursday evening.

Compatriot Jürgen Klopp, the one with the FC Liverpool won the English championship it is. “Wow”, says Klopp during the virtual interview. Many observers thought Flick had a good chance. “If I had known, my whole team would be here,” said Klopp, also surprised. The 53-year-old, born in Stuttgart and raised in the Black Forest, is defending his title from the previous year.

Update, 7.30 p.m .: The best goal of the year was also chosen: First place goes to Heung-min Son of Tottenham Hotspur. The South Korean used to play in the Bundesliga for Bayer Leverkusen. And his winning goal is really impressive. Now it’s the turn of the coaches.

Choice for world footballer: Manuel Neuer from FC Bayern is the best goalkeeper 2020

Update, 7:20 p.m.: A first decision has been made! Manuel Neuer is the world best goalkeepers 2020. A first title of this evening goes to the FC Bayern.

🗣️ @Manuel Neuer: “It was definitely one of the best years of my career. It was incredible what we achieved together.”#TheBest #GOATKeeper FC Bayern MiaSanMia pic.twitter.com/AW9wwj33tk

Update from December 17th, 7 p.m .: The show for the “Choice of world footballers 2020“Starts punctually in Zurich. Is it Robert Lewandowski? We’ll know more soon!

Update from December 17th, 6.30 p.m.: Robert Lewandowski is for the FC Bayern Munich also in absolute top form this season. The Pole has already scored 18 goals in 17 competitive games.

Only in eleven Bundesliga appearances he has met 15 times so far. Around the German record champions a supposedly too great dependency on the gate guarantor is discussed. Today he is to be honored for said accuracy.

Robert Lewandowski from FC Bayern: Will the Munich superstar become the world footballer in 2020?

Update from December 17th at 6:15 p.m.: He did not deal with the choice of world footballer, said Robert Lewandowski after the 2: 1 of the FC Bayern in the Bundesliga against VfL Wolfsburg.

But after his double pack, the Polish superstar had to work for the serial champion Munich smile slightly. He knows for sure that he is the candidate with the best chance for the title of world footballer. Will this dream come true for the insatiable striker today?

Update from December 17th, 6 p.m.: Was hat Lionel Messi won this year? The Argentine superstar of FC Barcelona became top scorer in The League – after all.

But compared to Robert Lewandowski from FC Bayern that is of course little. Also Cristiano Ronaldo After the previous season, had to “only” settle for the Italian championship.

First report from December 16: Munich – Robert Lewandowski has scored so consistently for more than a year that it is no longer anything special for the fans that he scores a goal in almost every game.

At least in Germany, the masses seem to agree that the FC Bayern striker deserved the title of world footballer.

One day before the election on Thursday evening, he laced up against his favorite opponent VfL Wolfsburg again a double pack. After the game it had to come – the world footballer question. And the Pole gave a clear answer. “There is probably nobody I can compare myself to right now,” he said confidently. The statement sounds a little arrogant at first glance – but he’s right.

For the FIFA election for the best player, the performance in the period from 20th July 2019 until October 7, 2020. During this time Lewandowski was the top scorer in all three competitions and won the triple with his team. He even scored reliably for his country Poland. “That was the season of his life, it is really impossible to do better,” stated Bayern boss Karl-Heinz Rummeniggewho, like some other companions *, powerfully promotes the choice of his striker.

World footballer 2020: will Robert Lewandowski win the title? Experts agree – but he could still end up empty-handed

Also for Hansi Flick “There is no one who deserves it so much”. Lothar Matthäus becomes even clearer: “If that doesn’t work, I won’t believe Fifa anymore. You can’t do more than that. ”Nevertheless, it is by no means certain that the Pole will win the title. His “opponents” are Cristiano Ronaldo and Lionel Messi. Since 2008, only Luka Modric was able to interrupt the dominance of the two in 2018. Despite his achievements, Lewandowski does not come close to the radiance of the two superstars.

In addition, there is another imponderability: the winner will be chosen by the 211 national coaches and national team captains of the world and selected fans and journalists. European football is not followed closely in all countries – the delegates from countries such as the Seychelles, Samoa or the British Virgin Islands often vote rather unpredictably.

It is unlikely that FC Bayern will go completely empty-handed. Stand next to Lewandowski Manuel Neuer as world goalkeeper and Hansi Flick as world trainer for election. (epp) * tz.de is part of the Ippen editorial network.

From super lockdown to shutdown light: which restrictions brought what –...

Lockdown from Wednesday: The new Corona resolutions at a glance

Johannes happy after engagement: will Jessica soon be called Haller?

FC Basel – The situation is coming to a head: FCB...

“Never at the same time or the same route”