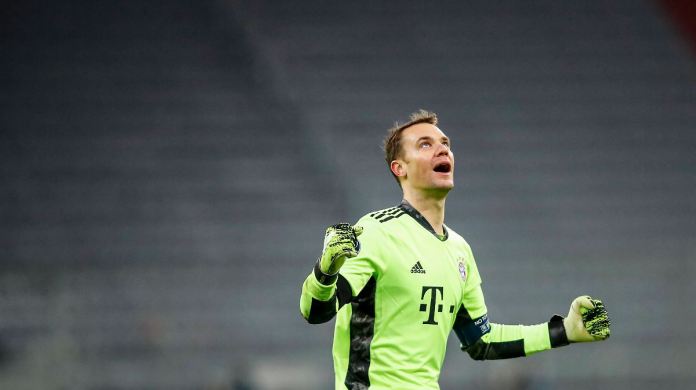 DFB captain Manuel Neuer is the first German to be elected FIFA World Goalkeeper of the Year. The 34-year-old FC Bayern captain prevailed against Jan Oblak from Slovenia and Allison Becker from Brazil at the “The Best” gala.
Manuel Neuer from FC Bayern was honored as a FIFA world goalkeeper after the triple season. The 34-year-old captain of the German record champions prevailed against the Brazilian Alisson Becker from the English champion Liverpool FC and the Slovenian Jan Oblak from Atlético Madrid in the free program of the world association.

“This is one of the best years in my entire career. What we achieved in 2020 is wonderful. We are very happy about it,” said Neuer, who was live at the ceremony like his competitors.

As a support, Neuer played a key role in the extraordinary year of FC Bayern: champions, DFB Cup winners, Champions League winners, plus titles in the German and European Supercup. In his glorious career, the 2014 world champion received this individual Fifa trophy for the first time.

In the previous year, Alisson was named world goalkeeper. The award, introduced in 2017, was also won by the Belgian Thibaut Courtois and Gianluigi Buffon from Italy. Previously, the world goalkeeper had not been officially recognized, only a goalkeeper had been appointed to the team of the year.

Berlin & Brandenburg: Advice on the screen: boom in video consultation...

In short: opening from February 8th not guaranteed – Coronavirus –

This is how the cantons react to the measures planned by...

Incident in Stuttgart: Police checked tourists and came across firearms –...

Never tested for CoV, but result