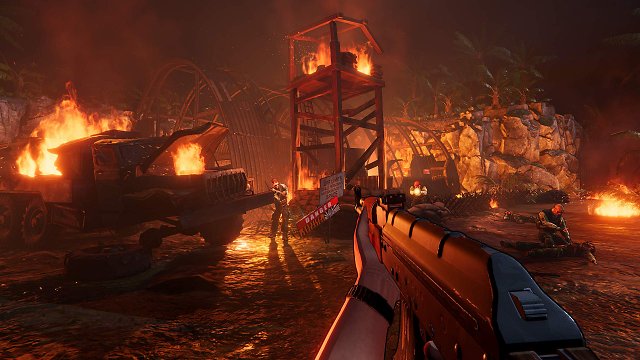 December 19, 2020 at 4:15 p.m.
of Michael Miskulin –
The year 2020 was a bankrupt year not only thanks to Corona. In the games industry, too, a few flop titles and flops have mixed with the publications. Metacritic has now published a list of the worst games of the year by Metacritic Score. Well-known names and big game brands are also represented.

The year-end spurt is approaching and if you want to look back at the pandemic year 2020, there were of course not only highs, but also lows in the video game industry. On the one hand, Sony and Microsoft started the new generation fairly well with the Playstation 5 and the Xbox Series X / S. There were also many top titles such as The Last of Us Part 2, Half-Life: Alyx, Ori and the Will of the Wisps, Hades, Ghost of Tsushima, Demon’s Souls or Final Fantasy 7 Remake. On the other hand, of course, quite a few flop games smuggled their way into the year.

For this purpose, the review aggregation website Metacritic published a list of the “10 worst games of the year” at the end of the year. This selection is based solely on the Metacritic Score. This is made up of the average of all submitted reviews and criticisms for the game in question. Also among the disappointments of the year are some bigger names, titles, and game brands.

Cyberpunk 2077 has my expectations … – That’s what the PCGH editors say about itThe ranking is led by Tiny Racer for the Nintendo Switch with a Metacritic score of 29. This is followed by the first major title, the remake of XIII, which fans had been looking forward to, but which then went swimming with a Metacritic score of 32. Fast & Furious Crossroads, a version of the successful cinema series, also disappointed the players with 34 points and finally landed in 4th place. The Switch version of The Elder Scrolls: Blades also didn’t make for a jump with 42 points, but landed in 10th place a surprisingly good place. Below is the full list of the 10 worst games of the year according to Metacritic. And what was the worst title of the year for you?

Top 10 worst games of the year by Metacritic scores

Now updated with day 4: Ubisoft is celebrating the end of 2020 and is giving away new games every day until December 19, 2020.

As part of the “Ubisoft’s Happy Holidays” campaign, game content changes daily for a short time. It starts with Assassin’s Creed Valhalla.

Publisher Krafton and the Striking Distance Studios team have announced The Callisto Protocol, a new survival horror game. Many of the Dead Space developers at the time joined the project. The story takes place on Jupiter’s moon Callisto in 2320. Players must unravel the terrifying secrets of the Black Iron Prison. In the coming year, the makers want to share new information about the title. The release is planned for PC and console in 2022.

PCGH Plus: With Reshade there is a tool for all adventurers, scientists and inventors among us. This makes it possible to adapt PC games in every imaginable form. PCGH has tested the latest version. The article comes from PC Games Hardware 06/2020.
more …

Michelau: Mayor (41) collapses in a council meeting and dies –...

“There is a possibility that the situation could get worse”

Plenty of choice – the best co-op games for Valentine’s Day...

Corona vaccination: This is the timetable for Germany and Europe